QINGDAO/SEOUL, Aug. 9 (Joint Press Corps-Yonhap) -- The top diplomats of South Korea and China met in the eastern port city of Qingdao on Tuesday to discuss such pending issues as supply chains and North Korea.

In his first trip to China since taking office in May, Foreign Minister Park Jin held the talks with his counterpart, Wang Yi, a session widely viewed as crucial in setting the tone for Seoul-Beijing relations under the conservative Yoon Suk-yeol administration.

Park arrived in Qingdao on Monday, becoming the highest-ranking official of the Yoon administration to visit China, two weeks before the 30th anniversary of the establishment of their diplomatic ties. 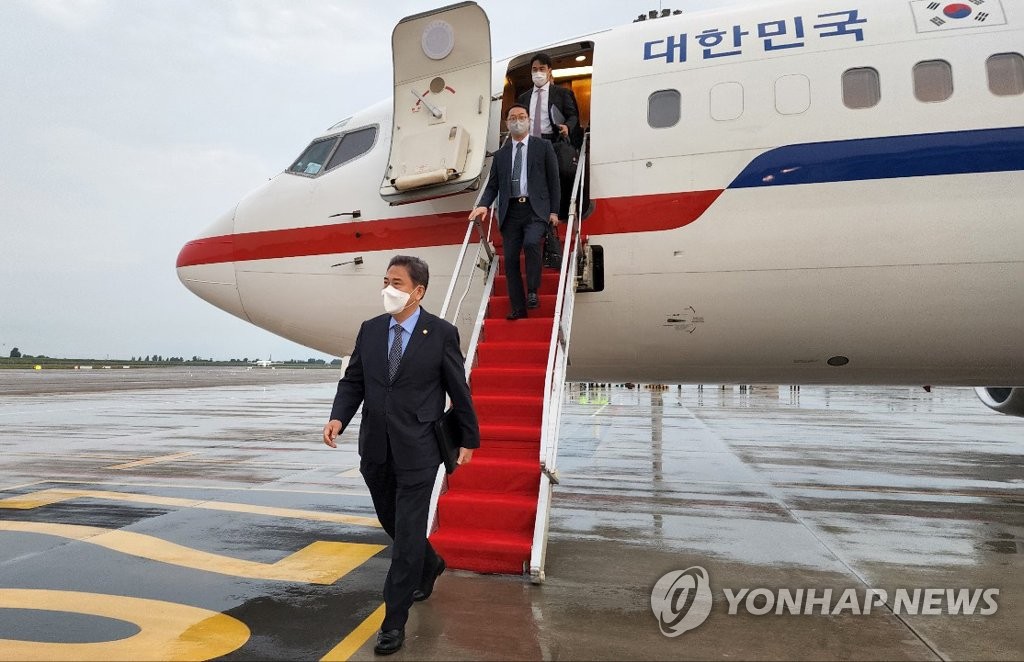 One of the most pressing issues is the U.S. proposal for a semiconductor alliance known as the "Chip 4," also involving Japan and Taiwan.

South Korea has reportedly expressed its intent on taking part in a preliminary meeting, expected to be held around early September, before deciding formally on whether to join the initiative.

They also plan to exchange views on regional security amid concerns over the possibility of North Korea conducting its seventh nuclear test.

Ahead of the talks with Wang, Park had a virtual meeting with Korean residents and businesspeople in China.

Park admitted Seoul-Beijing relations are facing challenges that are not easy to handle.

He pointed out data showing that South Korea posted a trade deficit with China in May for the first time in 28 years. 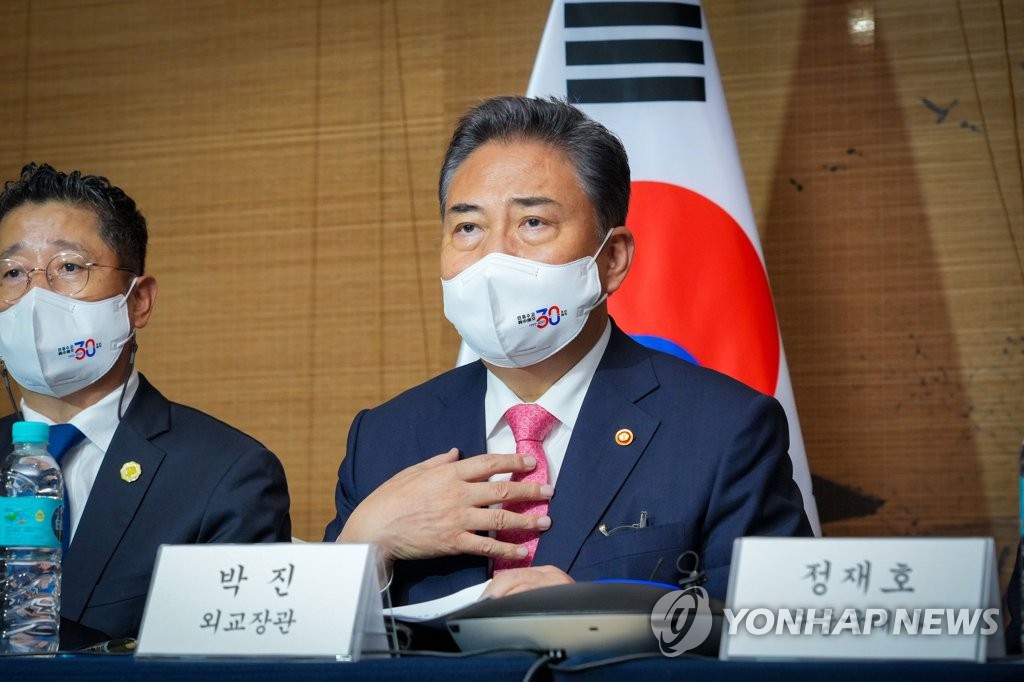 "But the government will continue to strengthen economic cooperation with China," he said.

He also held a virtual conference with heads of diplomatic missions in China.

Park and Wang agreed to hold their talks in Qingdao in consideration of strict coronavirus curbs in Beijing, according to Seoul officials. Park is to return home Wednesday.