The government-civilian body met for the third time to discuss ways to compensate Korean forced labor victims during Japan's 1910-45 colonial rule of the Korean Peninsula, as the Supreme Court was expected to deliver its ruling on one of the related cases as early as Aug. 19, according to Seoul officials.

In 2018, South Korea's top court ordered Mitsubishi Heavy Industries Inc. and Nippon Steel Corp. to compensate Korean forced labor victims, but the companies have refused to pay them, claiming all reparation issues were settled under a 1965 accord that normalized bilateral relations.

The victims continued their legal battles to seize the Japanese companies' assets here, but the liquidation process has not yet begun, with pending cases at the top court.

The consultative body was launched in early July as part of the Yoon Suk-yeol administration's efforts to resolve the long-running historical feuds and mend soured bilateral ties, but its fate remains unclear, as the victims' legal representatives boycotted Tuesday's meeting.

The victims' support groups criticized the Seoul government for submitting a written opinion to the top court last month over the case, seen as an attempt to delay the judgment and make room for diplomacy.

On Monday, Yun Duk-min, Seoul's top envoy to Tokyo, warned of massive damage should the Japanese companies' assets go into liquidation and called on efforts to avoid such a scenario, drawing criticism from the Korean victims. 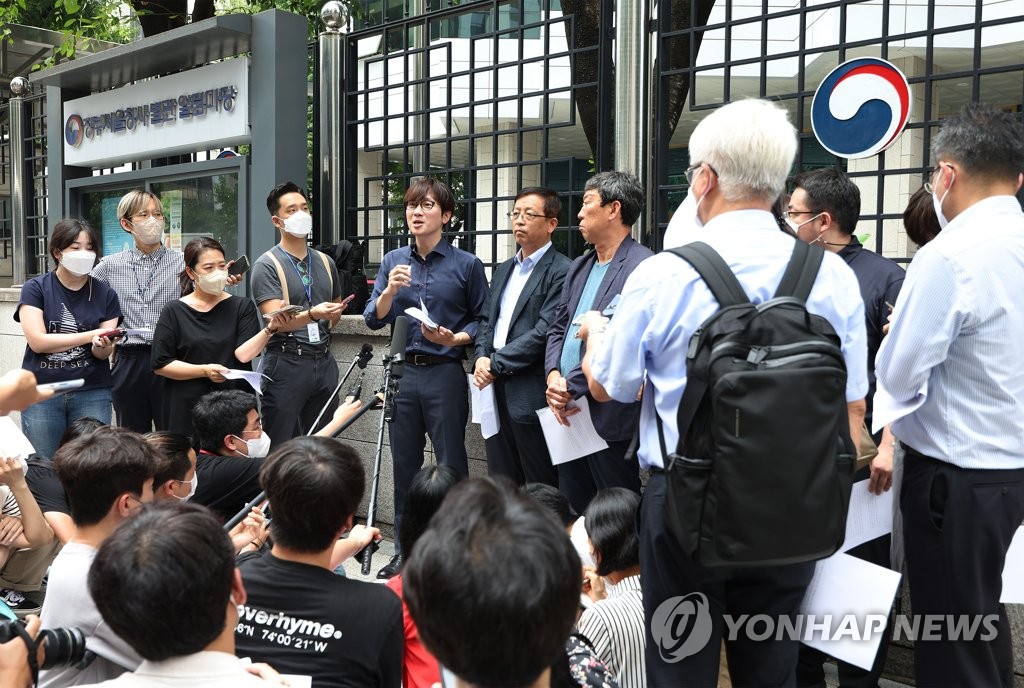