It did not provide any other information in its report. 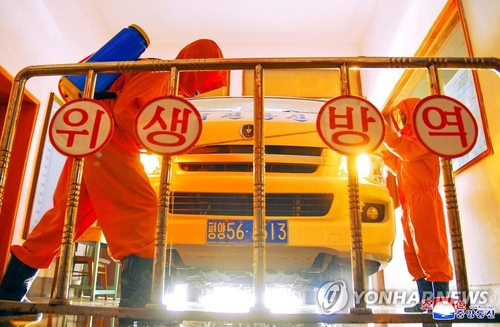 In a separate article, the KCNA said health authorities are stepping up efforts against the virus as "alien things" have continued to be found in parts of the country.

The North is seeking to tighten its monitoring system that requires people and students to immediately inform the relevant authorities of any strange objects, it added.

Pyongyang announced its first COVID-19 case on May 12 after claiming to be coronavirus-free for over two years and implemented nationwide lockdowns.

Earlier, North Korea said it will hold a national meeting "early in August" to review its antivirus measures.