SEOUL, Aug. 10 (Yonhap) -- Recovery and cleanup work got under way in Seoul and elsewhere in the central and eastern regions Wednesday after this week's record rainfall that left at least 16 people dead or missing and more than 2,500 homes and buildings flooded.

A total of 525 millimeters of rain fell in Seoul from Monday to Wednesday morning, while Yangpyeong, 45 kilometers east of Seoul, recorded an accumulated 526.2 mm of rain during the period, according to the Korea Meteorological Administration (KMA).

Nine people were killed -- five in Seoul, three in Gyeonggi Province and one in Gangwon Province -- while seven others went missing, four of them from Seoul and the three others from Gyeonggi Province, and 17 were injured, according to government data.

A total of 2,676 houses and buildings were inundated, most of them in Seoul.

About 570 people from 398 households, mostly from the wider Seoul area, have been displaced, which left them staying at local schools and gyms. A further 1,253 people from 724 households across the country have temporarily evacuated, officials said.

The government mobilized workers and soldiers to restore buildings, roads and other facilities in the wider Seoul area that had been prioritized as part of emergency recovery measures. 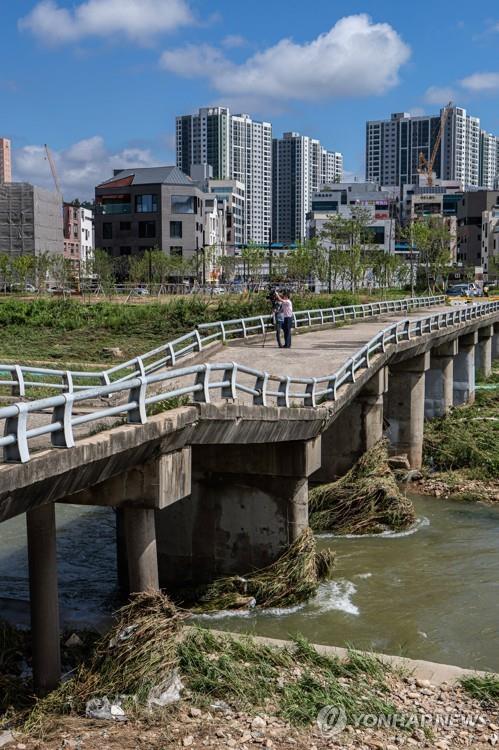 The three-day downpours also left many public facilities out of service, with six cases of flooded railroads reported in the wider Seoul area, and caused temporary suspension of services in sections of some railway and subway lines.

Much of the disrupted public services were back on track as of early Wednesday, including the operation of the Seoul Subway Line.

Restriction of the entire Seoul section of the Dongbu Expressway that runs through the eastern area of the capital city was lifted as of 7 a.m.

Authorities also had lifted restrictions on sections of some highways in Seoul as of Wednesday morning, including the Olympic and Gangbyeon Northern highways that directly run through the city.

The KMA said it has lifted the downpour warning in the wider Seoul area and Incheon, 27 kilometers west of Seoul, as of early Wednesday. The agency, however, maintained a heavy rain warning for Chungcheong Province in the central region, where precipitation may reach between 50 and 80 mm per hour. 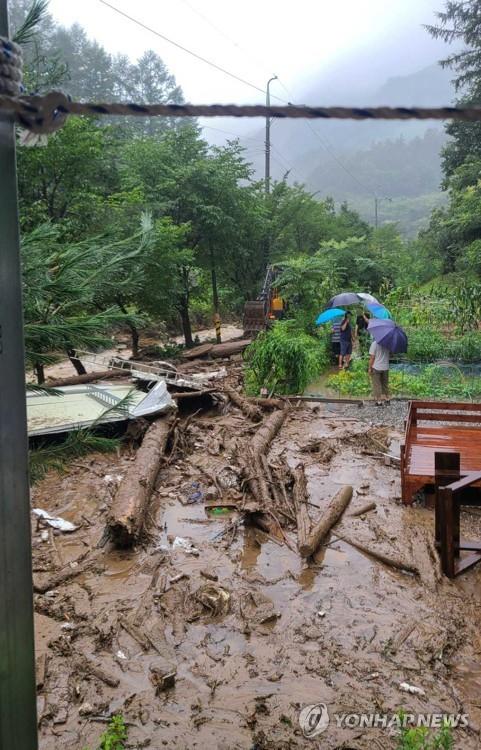 (LEAD) Recovery gets under way after record rainfall

(LEAD) Recovery gets under way after record rainfall