Lee gave the instruction during a session of the ministry's task force charged with developing the Defense Reform 4.0 initiative aimed at nurturing a sturdier military based on cutting-edge technologies, like artificial intelligence and robots.

He stressed that the nation's defense investment should first be channeled into the construction of the three-axis deterrence system and a combat platform consisting of both manned and unmanned military assets.

Aimed at countering the North's nuclear and missile threats, the three-pronged system consists of the Kill Chain preemptive strike platform; the Korea Massive Punishment and Retaliation (KMPR); and the Korea Air and Missile Defense system (KAMD).

In pushing for the reform initiative, Lee called for "bold" improvement in national defense.

"Without bold systemic enhancement in our defense, it would be difficult for us to overcome challenges, including current and future threats, technological competition and the population cliff," Lee said, referring to concerns about prospects of the shrinking population caused by the nation's low birthrate. 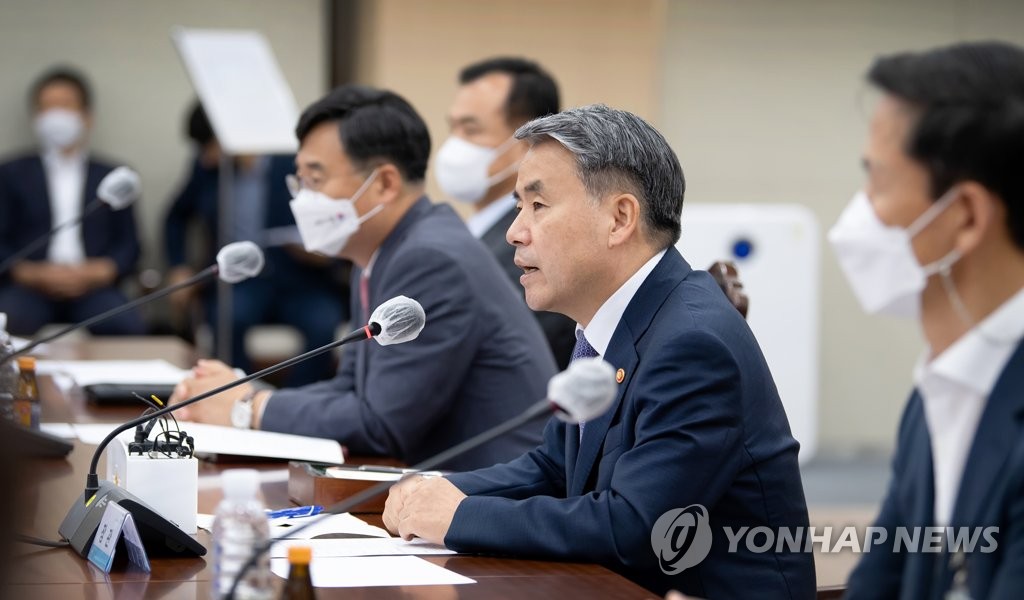 At the session, participants discussed details about key elements of the defense reform initiative, including research and development, new military strategies and concepts, the optimization of the military command structure and the procurement of high-tech equipment.

To flesh out the initiative, Lee called on officials to draw up short-, mid- and long-term plans in detail with a focus on the implementation of near-term tasks, according to his office.

Vice Defense Minister Shin Beom-chul and related officials from the Joint Chiefs of Staff, the Defense Acquisition Program Administration and all armed services also attended it.

Lee told the group that the strengthening of the South Korea-U.S. alliance is at the core of the Yoon Suk-yeol administration's security and foreign policy, while stressing his ministry's "utmost" efforts to further solidify the alliance. 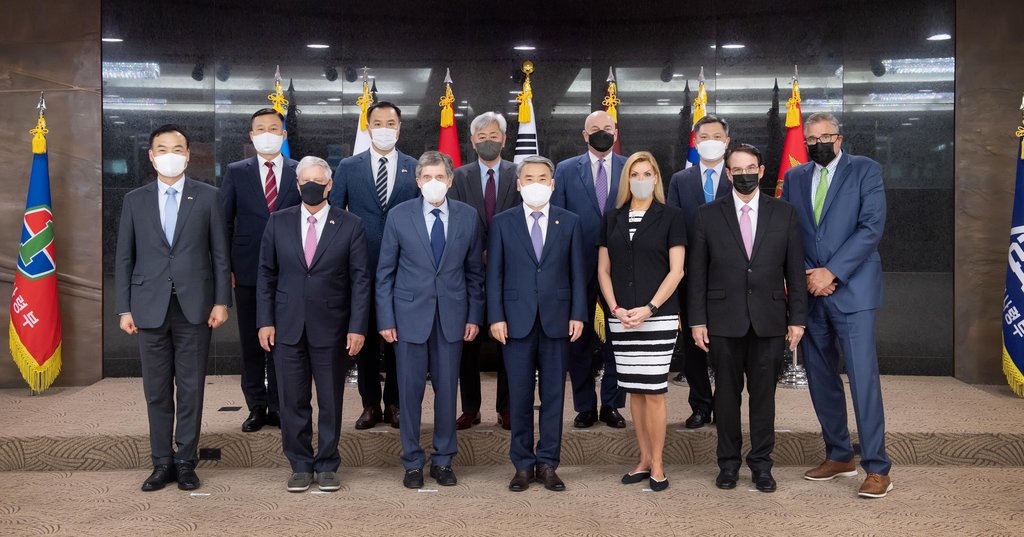