SEOUL, Aug. 10 (Yonhap) -- President Yoon Suk-yeol apologized to the nation on Wednesday for inconveniences caused by this week's heavy rains.

At a separate government meeting earlier Wednesday, Yoon instructed officials to ensure the weak and the vulnerable are protected against damage from this week's record rainfall. 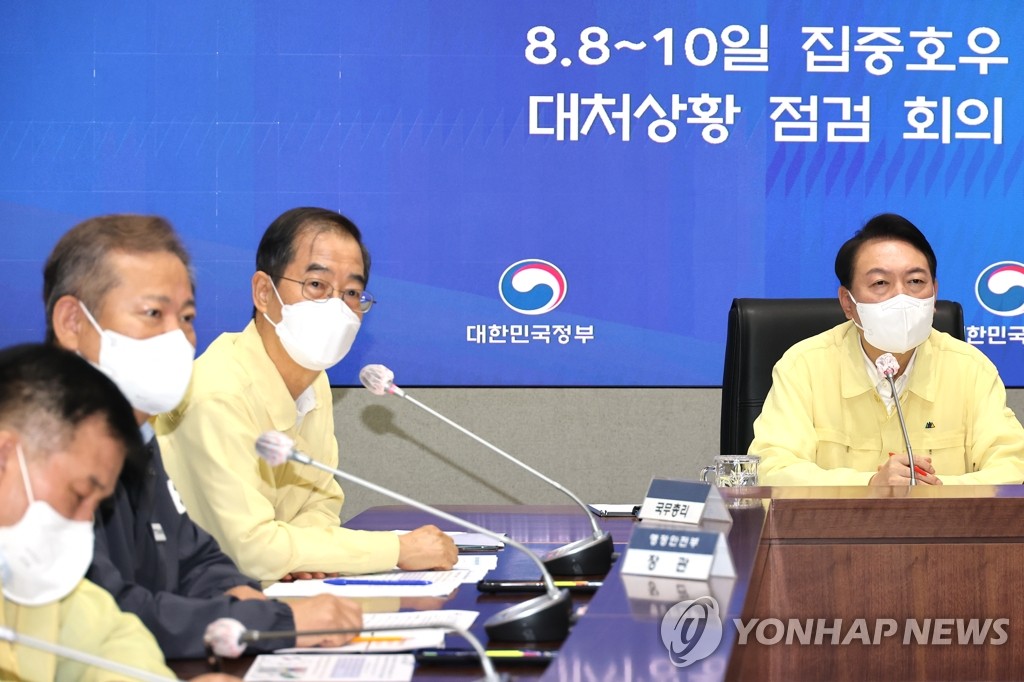 "Those who struggle financially or with physical difficulties are bound to be more vulnerable to natural disasters," he said, noting that the country is safe only when these people are safe.

"I hope you will actively cooperate with the local governments to look closely at whether there are vulnerable groups that are unable to do anything even though they have suffered damage from the heavy rains, and ensure they can quickly return to everyday life," he said.

Yoon's comments came a day after he visited a semi-basement apartment in Seoul where a family of three, including a woman with a developmental disability, was killed in a flash flood earlier this week.

"It's certainly true that it is abnormal weather, but we can no longer call such abnormal weather abnormal," he said, noting that the recent downpours were the heaviest since weather observations began 115 years ago. "We could see new record levels at any time. This shows that we can no longer respond based on past cases. We must respond with worse-than-expected scenarios in mind."

Yoon further stressed the "infinite responsibility" of the state in protecting its citizens, saying he would like all public officials to bear that duty in mind. 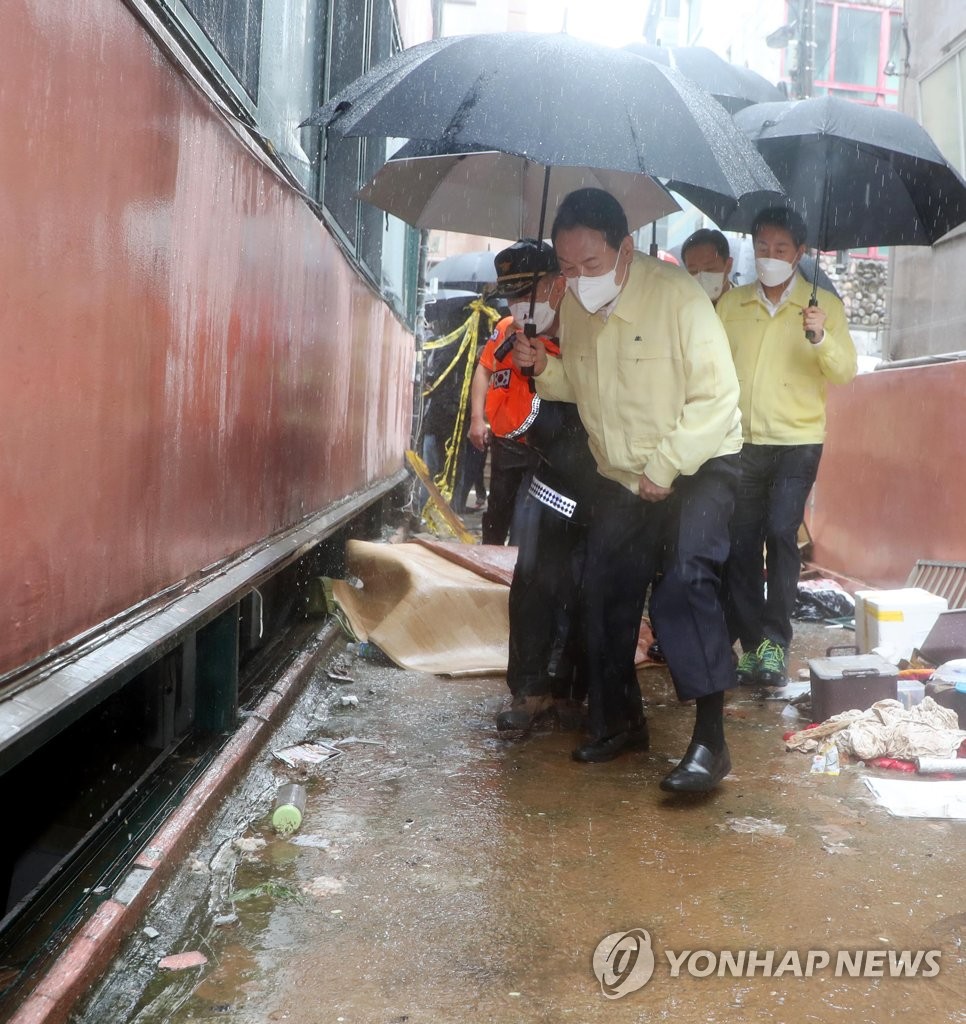 Yoon apologizes to nation for inconvenience caused by heavy rains

Yoon apologizes to nation for inconvenience caused by heavy rains