Yoon Hee-keun, the new commissioner general, underwent a parliamentary confirmation hearing earlier this week but failed to win the approval of the main opposition Democratic Party.

Still, the president reportedly appointed Yoon so as not to leave a vacuum in public safety.

Yoon's predecessor offered to resign in June after the president chastised the police for flip-flopping on a personnel appointment announcement.

The new police chief takes office shortly after some front-line police officers openly protested against the launch of a new police bureau under the interior ministry tasked with overseeing police powers.

The commissioner general is the 11th senior government official of the Yoon administration to be appointed without the parliament's adoption of a confirmation hearing report. 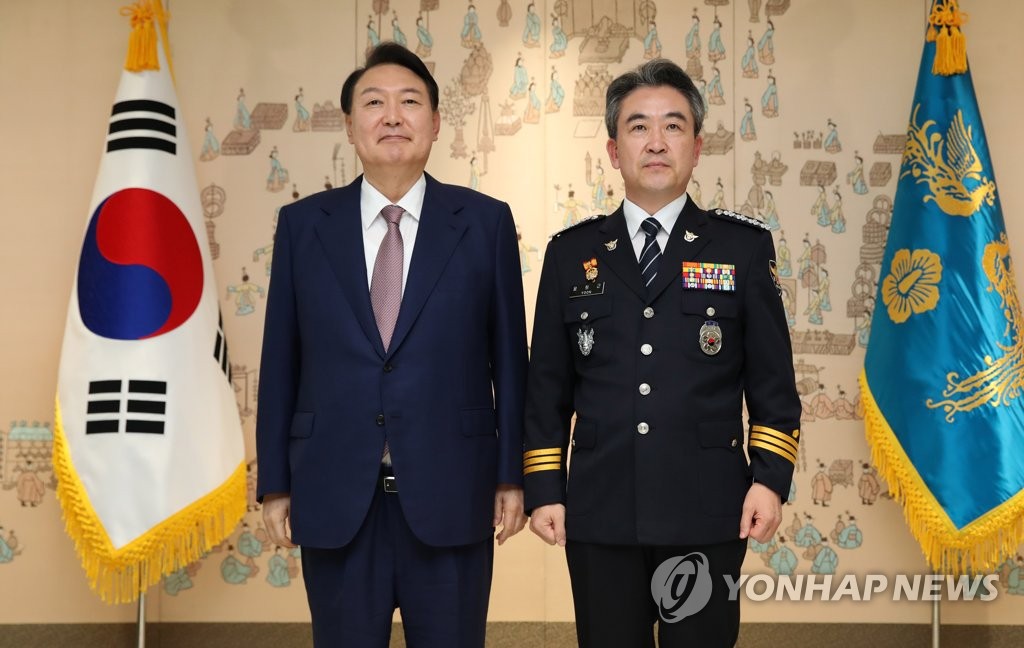