SEOUL, Aug. 10 (Yonhap) -- The city government of Seoul will no longer give permission to construct basement or semi-basement homes, while pushing to gradually weed out existing subterranean homes, officials said Wednesday.

The plan follows the deaths of three family members in a flooded semi-basement home in Seoul's Gwanak district Monday night when record rainfall pounded the city and surrounding areas.

A women in her 40s, who is reported to have had a developmental disability, her sister and the sister's teenage daughter sought help after their home was flooded by heavy rains, but they were found dead hours later when rescuers pumped out floodwater and entered the house.

The city said it will start consultations with the government to revise the Building Act so as to totally prohibit the use of basement or semi-basement spaces for residential purposes, the officials said.

The city plans to instruct its 25 district offices this week not to give construction permission for subterranean homes until the envisioned revision of the Building Act, according to the officials.

Meanwhile, the Seoul city government plans to give a grace period of up to 20 years for owners of existing basement or semi-basement houses to divert them into non-residential uses.

The city will in return give incentives to the owners, such as remodeling subsidies, or buy up their subterranean properties to turn them into communal warehouses or community facilities, the officials also said. 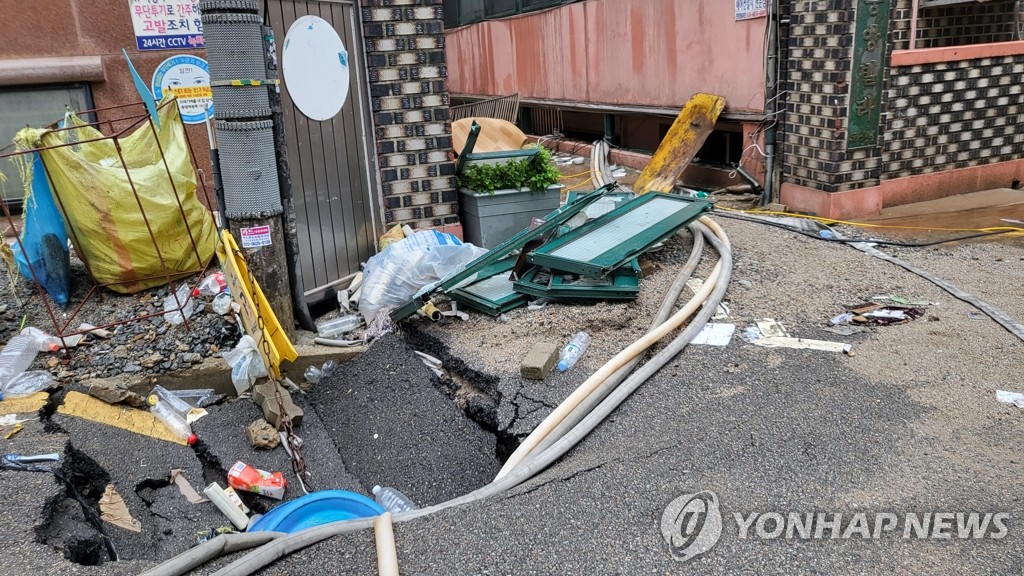