SEOUL, Aug. 11 (Yonhap) -- The undersized underdog South Korea has shocked the handball world, capturing the women's youth championship to cap off an undefeated run to the top.

South Korea became the first Asian team to win the gold medal at this under-18 competition. 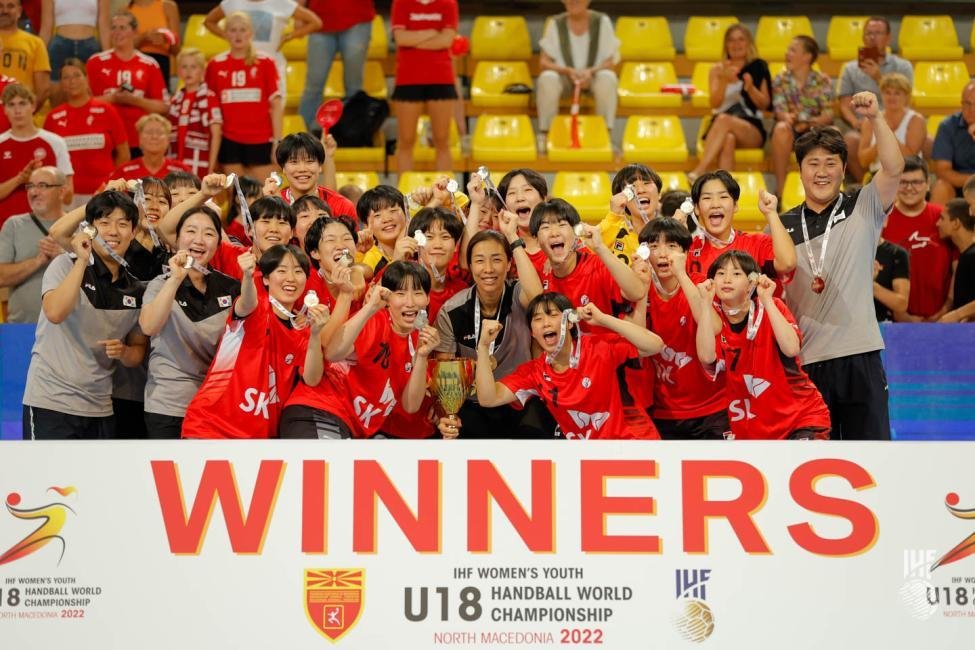 In the knockouts, South Korea eliminated Sweden in the quarterfinals and then Hungary in the semifinals.

Denmark had also been undefeated on its journey to the championship showdown, but South Korea rallied from a second-half deficit for the historic victory.

With South Korea down 22-20 with some 18 minutes to go, Kim Min-seo, Lee Hye-won and Kim Seo-jin scored unanswered goals to give their team a slim lead.

Kim Min-seo's 7-meter throw put South Korea up 27-24 with about 10 minutes left, and goalkeeper Kim Ga-yeong came through with some key saves in the late moments to seal the victory.

South Korea had once been a global force in women's handball, winning back-to-back Olympic gold medals in 1988 and 1992, and then grabbing two silvers and one bronze over the next four Olympic Games.

In recent years, though, European countries, with bigger and stronger athletes, began to dominate the sport, literally and figuratively pushing smaller South Koreans to the sidelines. 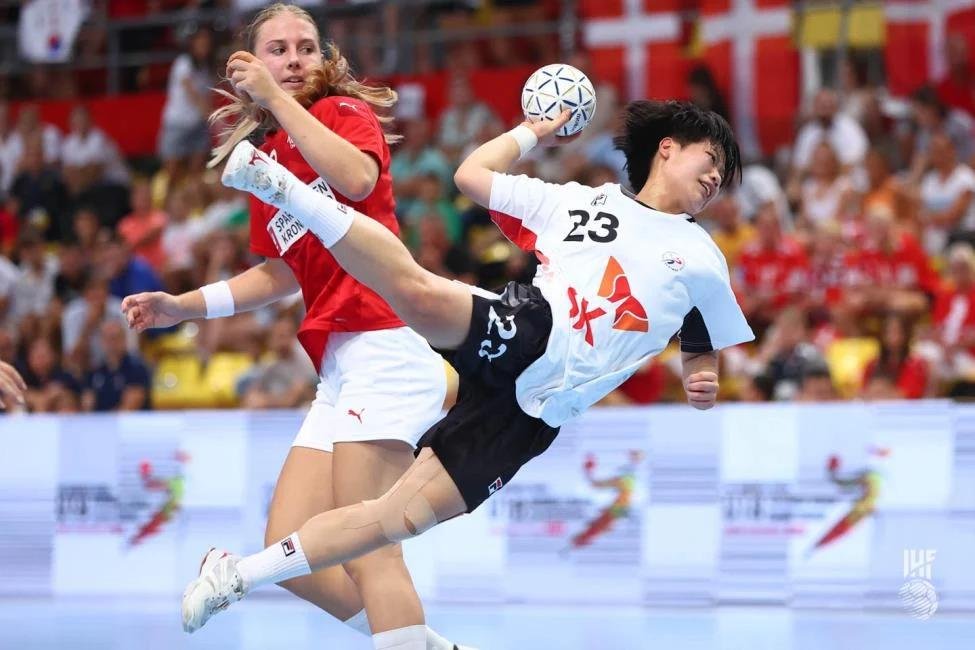 Entering the U-18 championship, South Korea hadn't been seen as a title favorite. In an article posted on its website on the eve of the final, the IHF noted that South Korea began the tournament "as an outsider, with opponents not knowing what to expect from them." It said the country went on that remarkable winning streak thanks to "a fast-paced brand of handball, with plenty of passes, an outstanding rhythm and great connection between the players."

South Korean players, on average, were 168 centimeters tall, while their Danish opponents checked in at 174.4 cm on average. Sweden, South Korea's quarterfinal opponent, had an average height of 175.6 cm. South Korea needed every bit of that speed, passing and chemistry that the IHF highlighted.

A world title in this age group certainly bodes well for the future of South Korean women's handball, but if the recent past is any indication, success at the youth or junior levels doesn't automatically translate to more of the same at the senior level.

South Korea won the IHF Women's Junior (U-20) World Championship in 2014, but two years later at the Rio de Janeiro Olympics, the country didn't even make it out of the group stage after notching just one victory in five games.

It was also telling that only one member of the U-20 world title team, Yu So-jeong, was good enough to make the Olympic team in 2016. 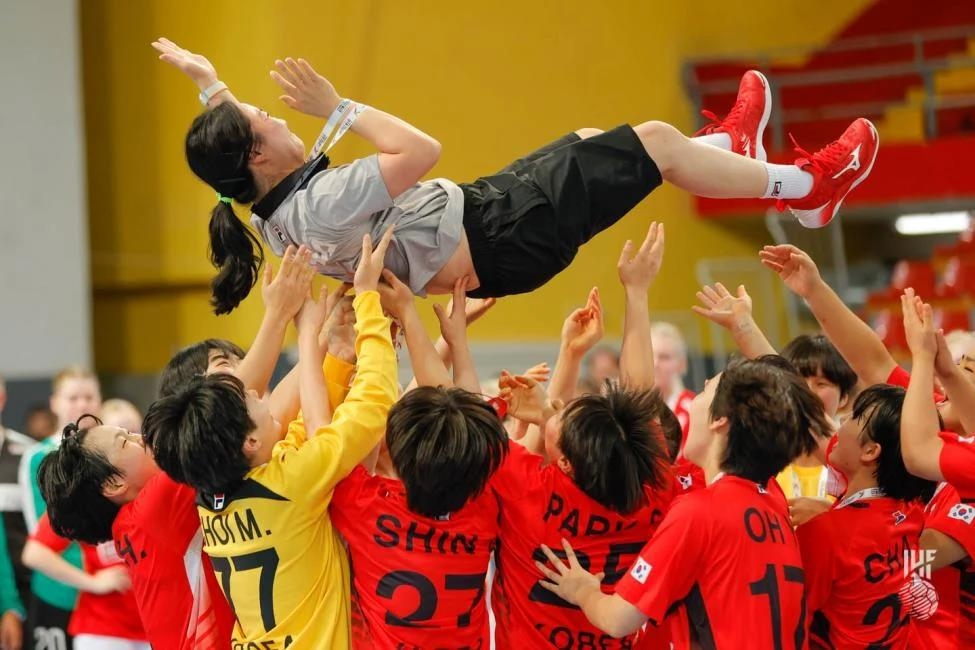 "When players go straight to the semi-pro league out of high school, they spend their early years riding the bench, and it's difficult for them to maintain their form," said Choi, who was in attendance for the final in North Macedonia. "We have to find ways to keep those young players fresh through more domestic and international competitions."

The next U-20 world championship will also be played in North Macedonia, likely with much the same group of players that made history this week. 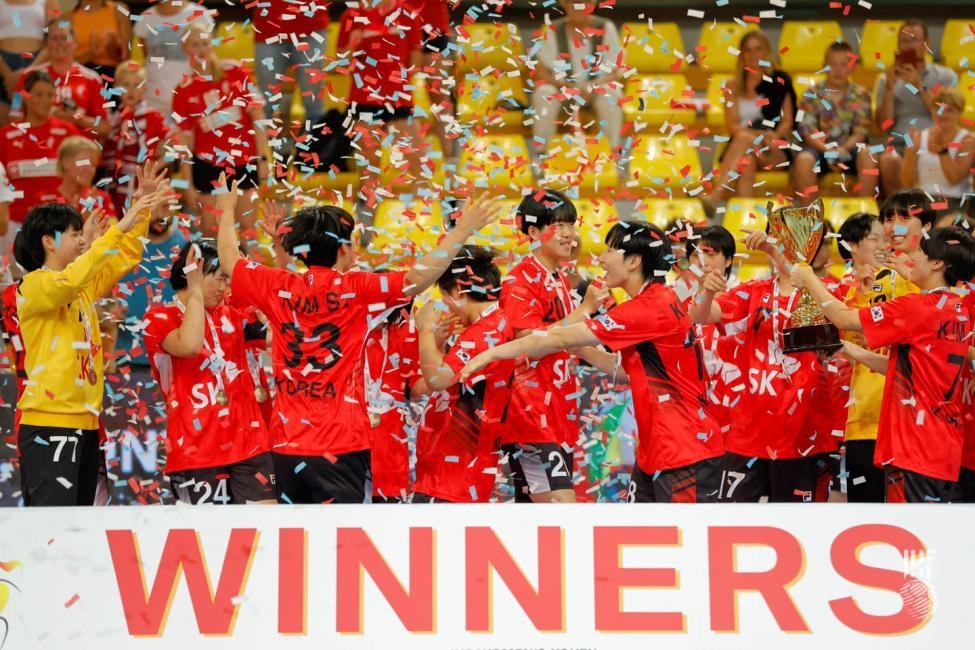