SEOUL, Aug. 11 (Yonhap) -- GS Retail Co. said Thursday it will close all of its lalavla shops, 17 years after it entered the health and beauty (H&B) store market, due to slumping sales amid the coronavirus pandemic and fierce competition.

GS Retail will stop operating its lalavla online shops in September and close down all offline stores of the brand by the end of November, the company said.

"GS Retail decided to end our health and beauty store business to focus resources and efforts on our convenience stores and quick commerce services, the company's future growth engines," a company official said.

In 2017, GS Retail fully acquired the joint venture, Watsons Korea, and rebranded it to lalavla a year later.

After the number of lalavla stores once swelled to nearly 200, it sharply declined to around 30 this year due to tough market conditions since the pandemic and fierce competition with the sector's No. 1 player, CJ Olive Young.

With GS Retail out of the market, CJ Olive Young will likely consolidate its market leading position as other smaller players have also scaled down their business in the sector.

Shinsegae earlier closed all of its Boots stores, and Lotte downsized its LOHB's business to cut expenses. 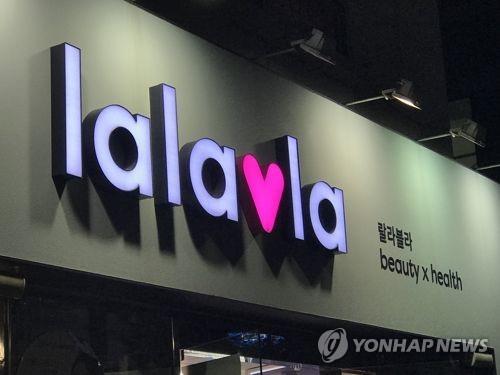