(ATTN: UPDATES throughout with rejection of proposal)

SEOUL, Aug. 11 (Yonhap) -- One of the two trailing candidates in the race for chairmanship of the main opposition Democratic Party rejected a candidacy merger offer from the other Thursday, further increasing the election chances of front-runner Lee Jae-myung.

Reps. Park Yong-jin and Kang Hoon-sik have been trailing Lee by wide margins in the DP leadership race. After four out of 15 primaries, Lee has won 74.5 percent of the vote so far, reinforcing the widespread belief that he will be elected leader in the Aug. 28 national convention.

Earlier Monday, Park called for merging candidacies, saying he would accept any method to determine a unified candidate between him and Kang and stressing that the two "have a duty to create a new flow" for the main opposition.

But Kang turned down the offer.

"I have to put the aircraft that carries the DP's vision and future on the runway but accepting his proposal would be installing a speed bump on that runway," he said in a radio interview with SBS.

"Now is the time for us to focus on growing our own visions." 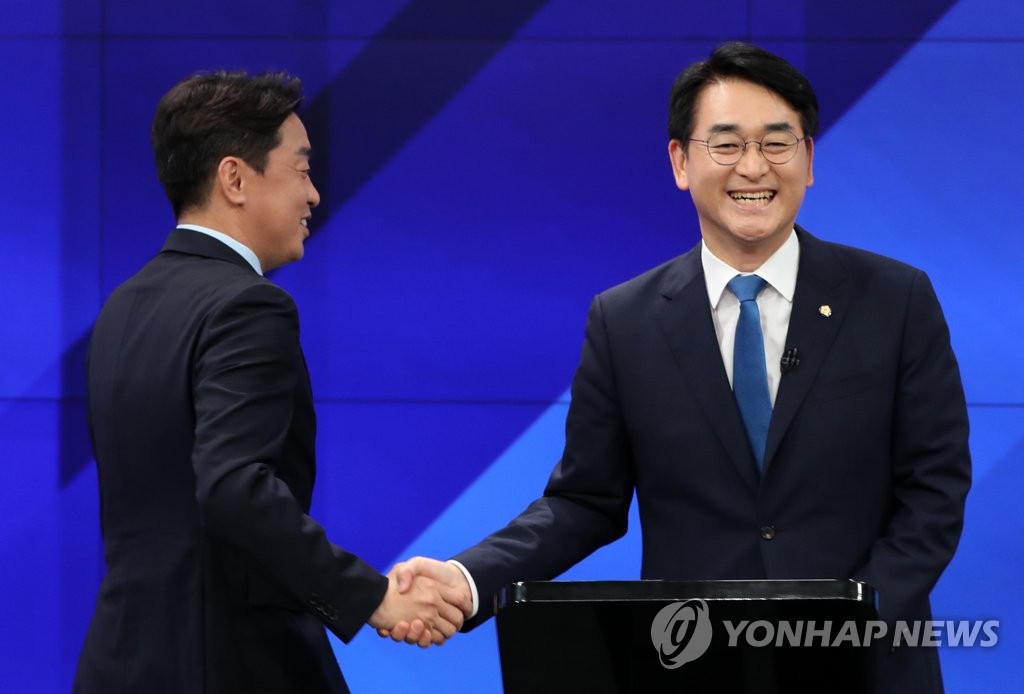