SEOUL, Aug. 11 (Yonhap) -- The Supreme Court on Thursday finalized a not-guilty verdict for a former vice justice minister indicted on bribery charges in connection with a high-profile sex-bribery scandal nearly a decade ago.

Kim took office as vice justice minister in March 2013 under the previous Park Geun-hye administration but stepped down in less than a week after allegations arose that he took sexual favors and bribes from businessmen.

A lower court had initially acquitted of him, which was overturned by an appellate court.

But the Supreme Court remanded the case in June 2021, and the Seoul High Court again found Kim not guilty of the bribery charge while dropping the other charges for which the 10-year statute of limitations expired.

The Supreme Court on Thursday sided with the retrial's decision, citing the lack of evidential validity of the businessman's testimony. 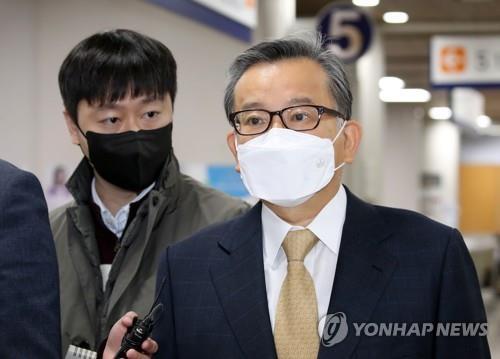