(ATTN: UPDATES with details in last 4 paras)
By Lee Haye-ah

SEOUL, Aug. 11 (Yonhap) -- The issue of the deployment of the U.S. THAAD anti-missile system in South Korea is not subject to negotiation, the presidential office said Thursday, after China claimed Seoul promised to limit its operation during the previous Moon Jae-in administration.

The Terminal High Altitude Area Defense (THAAD) system was a key topic of discussion during this week's meeting between the foreign ministers of South Korea and China in the Chinese port city of Qingdao.

"Our government clearly states that THAAD is a self-defensive defense tool aimed at protecting our people's lives and safety from North Korea's nuclear and missile threats and a matter of security sovereignty that can never be subject to negotiation," a presidential official told reporters.

The THAAD unit was deployed to South Korea in 2017 despite fierce opposition from Beijing, which claims its radar could be used to target China.

The then government of President Moon Jae-in unveiled the "Three No's" principle at the time, though it stopped short of calling it an agreement with Beijing, and kept the THAAD base on a temporary status pending an environmental impact assessment.

Asked when the THAAD operation is expected to be normalized, the presidential official said it is progressing "at a fast pace" and will likely be "almost normalized by the end of August."

But the presidential office later clarified the official was talking about normalization of the base, not of the THAAD operation.

The official also said the government is trying to determine the intentions behind China's claim Wednesday and that the presidential office received no material from the previous administration regarding the "Three No's" principle during the transition period. 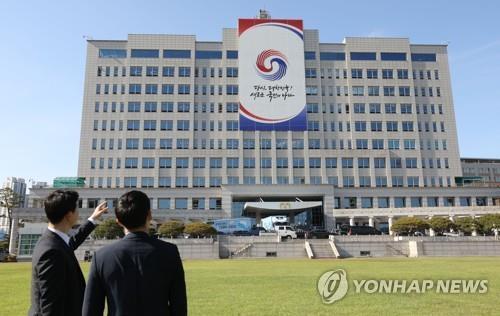