SEOUL, Aug. 12 (Yonhap) -- Prime Minister Han Duck-soo on Friday instructed the government to swiftly take steps to designate areas that were hit by heavy rains early this week as a special disaster zone.

If designated, the rain-hit areas will be eligible for the government's financial support in recovery work, relief funds for victims and other benefits.

"The government will make its utmost efforts to stabilize the lives of residents in the affected areas and to support a swift recovery," Han said during a disaster response meeting. 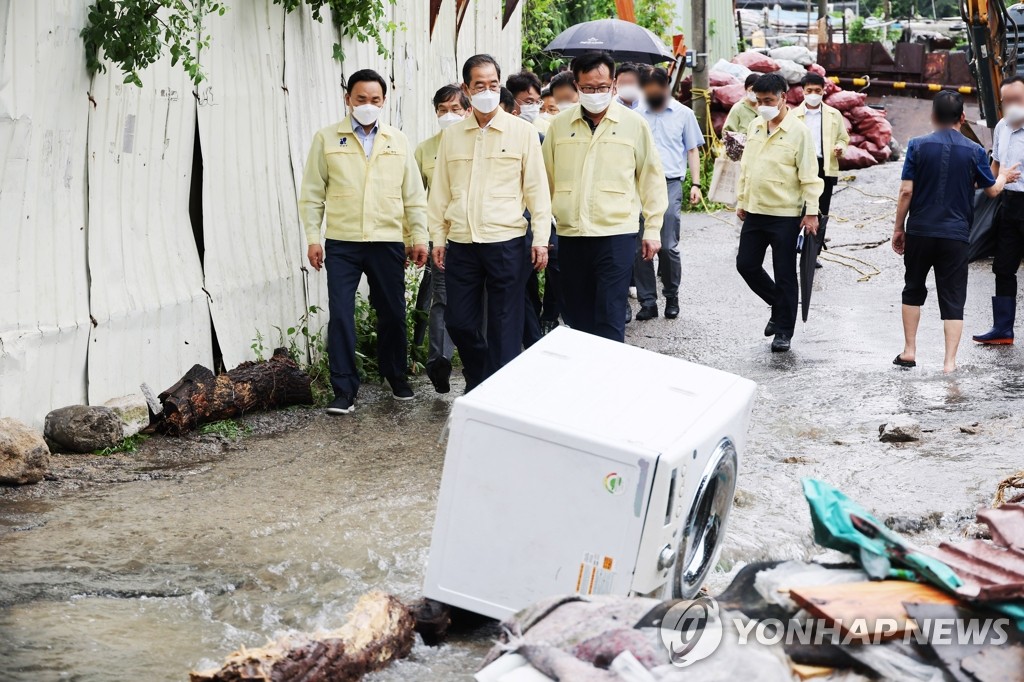