SEOUL, Aug. 12 (Yonhap) -- The remaining one of two people who went missing after being sucked into a manhole in southern Seoul has been found dead, bringing the death toll from this week's heavy rainfall to 13, officials said Friday.

The deceased, known only as a woman in her 50s, disappeared into the manhole in the Seocho district, along with her younger brother in his 40s, on Monday night after its metal cover was opened apparently by water pressure from underground amid heavy torrential rains.

She was found late Thursday night, around 4 kilometers away from their suspected disappearance place.

Of the dead, eight were in Seoul, three in Gyeonggi Province and two in Gangwon Province while one of the six unaccounted for were from Seoul, according to data from the Central Disaster and Safety Countermeasures Headquarters.

Eighteen others have been wounded, it said.

A total of 1,492 people, mostly from the wider Seoul area, have been displaced, which left them staying at local schools and gyms. A further 4,807 people across the country have temporarily evacuated, officials said.

The Korea Meteorological Administration had lifted the downpour warning in most parts of the country as of late Thursday night. 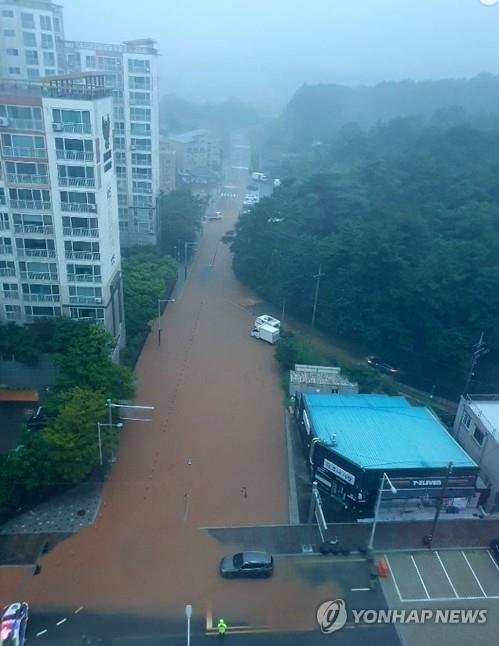 Another person who disappeared into manhole amid downpours found dead

Another person who disappeared into manhole amid downpours found dead