SEOUL, Aug. 12 (Yonhap) -- The ruling People Power Party (PPP) is expected to take disciplinary action against a party lawmaker after he came under fire for making remarks wishing for more rain during voluntary cleanup work in the wake of massive downpours.

Rep. Kim Sung-won drew strong criticism after he was caught on TV camera saying he wishes more rain would fall for better public relations effects of their voluntary work, even though the downpours, believed to be the heaviest in 115 years, caused serious flooding in Seoul and elsewhere.

"We cannot help but hand over the case to the ethics committee," Rep. Joo Ho-young, the party's interim chief appointed earlier this week, told reporters. "I'm distraught with the trouble caused by the baffling comment and embarrassed in front of the public and party members."

Kim issued an apology late Thursday, saying he caused concerns in a situation when the country is devastated by the historic flood. The lawmaker, however, asked the public not to doubt the party's efforts to recover from damage.

Later Friday, he held a press conference and apologized again.

"I am so ashamed of myself ... I once again kneel and apologize," Kim said. "I caused concern to those hit by floods, rather than comforting them. I will forever atone and repent to those who were hurt by my careless remarks."

Kim also said he will step down as the PPP's leader on the parliamentary budget committee and gladly accept any disciplinary measure.

On the party's ongoing leadership transition, the interim chief said standing members of the party's national committee are expected to meet on Tuesday to approve the appointment of emergency leadership committee members.

Joo, who was appointed to the top post this week with a mission to recoup the party, said he has attempted to get in touch with suspended party Chairman Lee Jun-seok but to no avail.

Lee has filed for an injunction against the leadership transition that is supposed to automatically remove him from office according to the party charter. 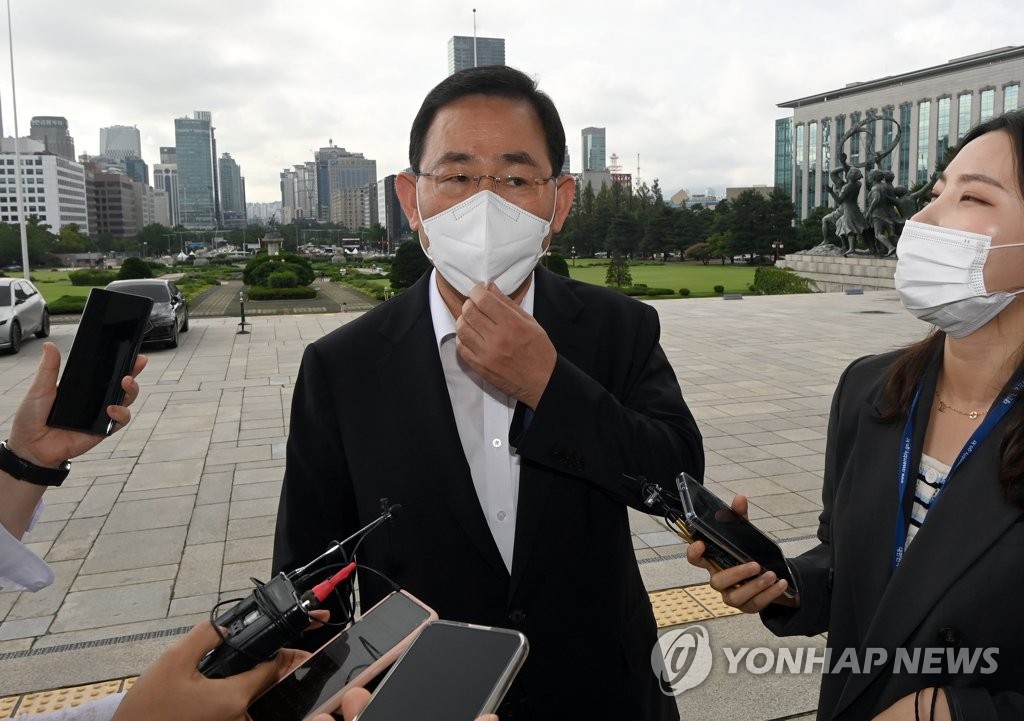 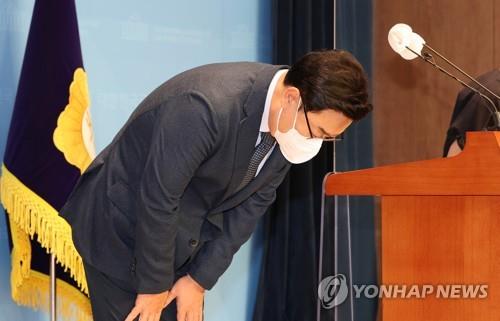