SEOUL, Aug. 12 (Yonhap) -- Cho Se-hyuk, the reigning under-14 Wimbledon champion from South Korea, represents a bright future for tennis in this country. But the precocious 14-year-old is apparently in no rush to grow up.

"I want to start by setting small goals and take tiny steps going forward," Cho said at a press conference at the Korea Tennis Association headquarters in Seoul on Friday. Cho was crowned the inaugural champion of the boys' 14 & under singles competition at Wimbledon in London on July 10. 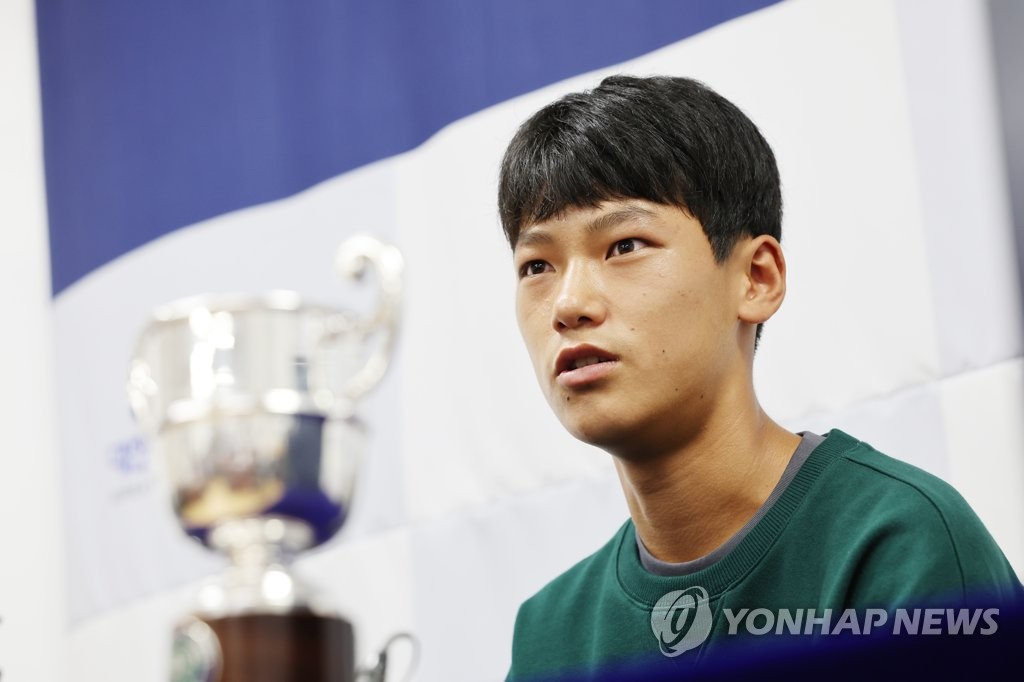 "Once I turn 17, I'd like to win a junior Grand Slam singles event," Cho said. "After that, I will try to crack the top 100 in the world rankings and compete at major tournaments."

Cho is the top junior player in the Asian Tennis Federation rankings. On the International Tennis Federation (ITF) junior rankings, Cho checks in at 1,135th, but those rankings cover players born in 2004 or later -- players as many as four years older than Cho.

The new boys' competition at Wimbledon put 16 players into four groups of four. After round-robin action, the top players from each group advanced to the semifinals. 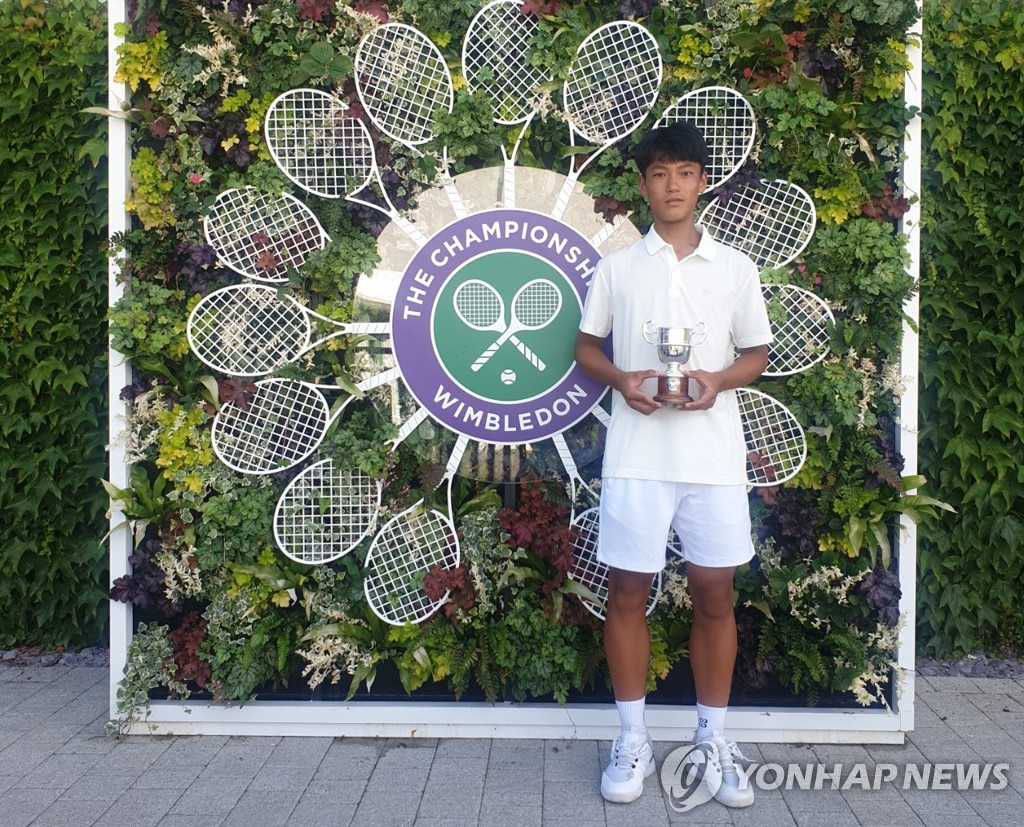 Cho, seeded fifth, went a perfect 5-0 at Wimbledon. He won all three matches in the preliminary round without dropping a set. He went to a three-set battle against the top-seeded Ivan Ivanov of Bulgaria in the semifinals, before finishing off Carel Aubriel Ngounoue of the United States in straight sets, 7-6 (7-5), 6-3, for the championship. Cho went on to win junior events in France and Germany in the following weeks. 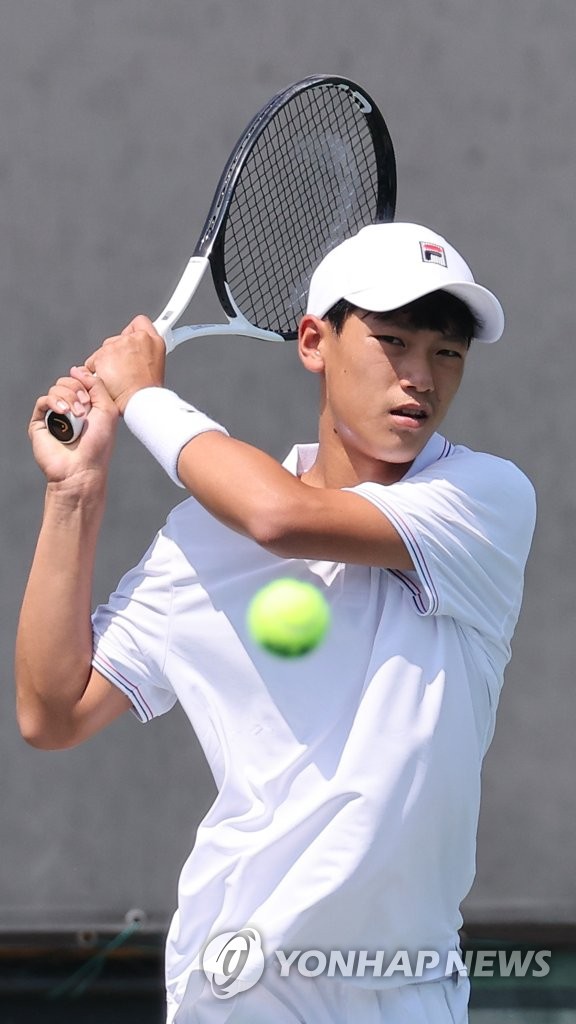 Cho, listed at 180 centimeters tall and still growing, said he felt he could compete with anyone physically and mentally.

"I think I was born with mental toughness. Whether I am trailing or ahead, I am able to stay within myself and keep my composure," said Cho, who revealed that he'd been seeing sports psychologists since second grade. "But I do need to diversify my game, and get better in my net game and drop shots."

Cho said Novak Djokovic, former world No. 1 with 21 Grand Slam men's singles titles, has been his role model. The South Korean teen even had a chance to meet his hero for a photo, and Cho said he wasn't as starstruck as he'd expected himself to be. 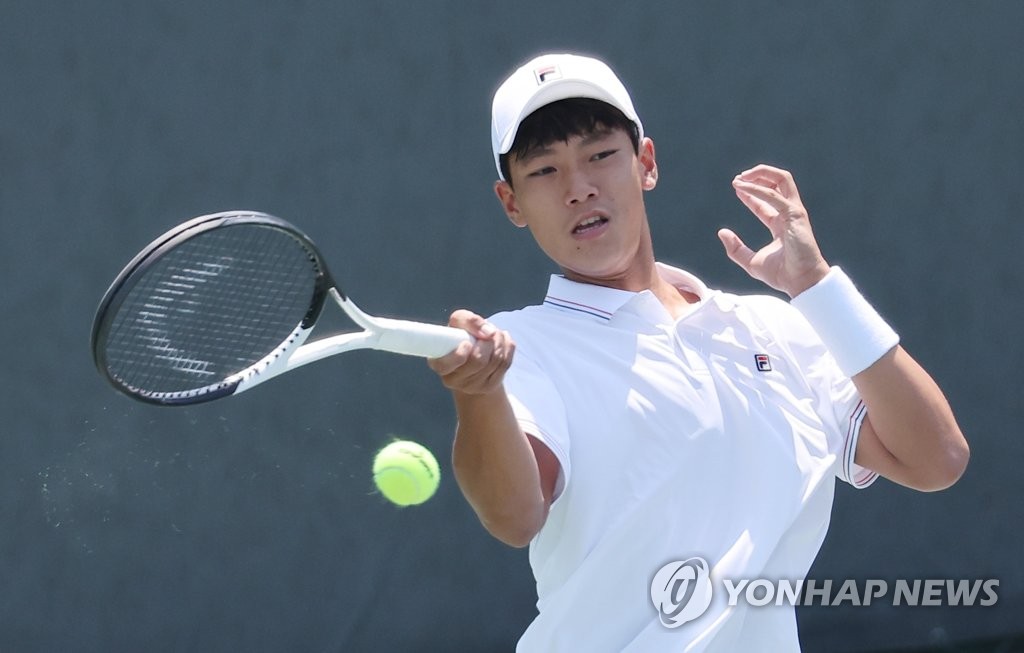 Among South Korean players, Cho said he wants to learn the backhand from Chung Hyeon, the 2018 Australian Open semifinalist, and the drop shot from Kwon Soon-woo, currently the highest-ranked South Korean at No. 81.

Cho dropped out of middle school in June to focus on his tennis career, a decision that he said he doesn't regret.

"There just wasn't enough time to play tennis while also attending school," said Cho, whose parents were both former players and whose younger brother is also playing the sport. "I've staked my life on tennis." 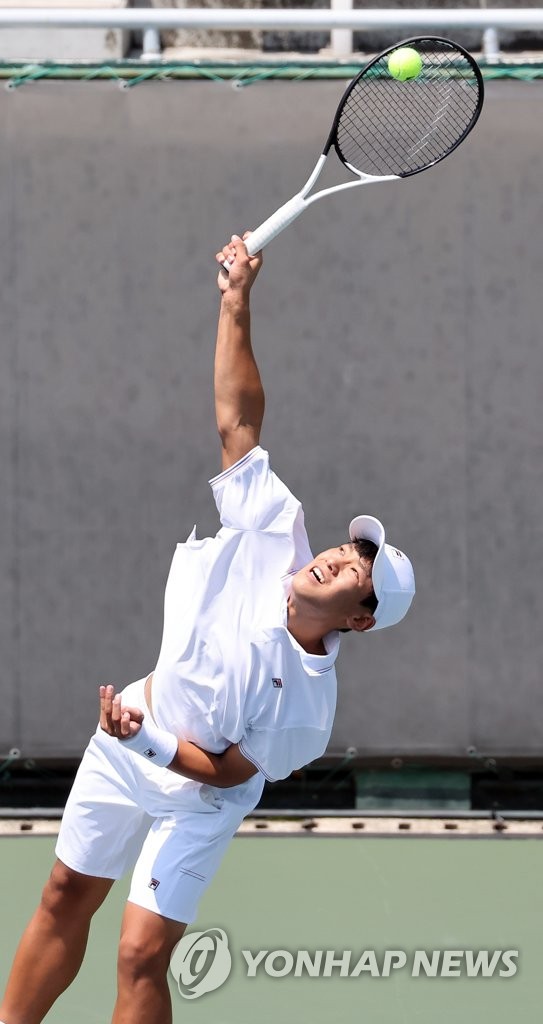 With bright future ahead, teen Wimbledon champion Cho Se-hyuk in no rush

With bright future ahead, teen Wimbledon champion Cho Se-hyuk in no rush