Guterres, who is on a two-day visit to Seoul, met with Yoon over lunch at the presidential office in Seoul.

Yoon welcomed the secretary-general, saying he looked forward to hearing his thoughts on how to solve the many challenges facing the world.

Guterres said through a translator that he thanks South Korea for being a model nation in the work of the U.N. and especially in peacekeeping efforts around the world.

He also praised South Korea's respect for human rights and contribution to the international community in the areas of socioeconomic development and climate change.

Guterres went further to express the U.N.'s full support for the complete, verifiable and irreversible denuclearization of North Korea, saying it was an important goal in achieving security, peace and stability in the region.

The two agreed North Korea's nuclear and missile developments pose a large challenge to not only the Non-Proliferation Treaty regime but also to peace in Northeast Asia and the world.

Yoon discussed specific cooperation measures between South Korea and the U.N. in the areas of development, peace-building and climate change with U.N. officials accompanying the secretary-general.

Guterres said he looks forward to South Korea strengthening cooperation with the international community on peace and security, human rights, development and climate change, and invited Yoon to the U.N. General Assembly in New York next month.

Later in the day, the U.N. chief met with Foreign Minister Park Jin at Seoul's foreign ministry to discuss security on the Korean Peninsula and cooperation on regional and global issues like climate change. 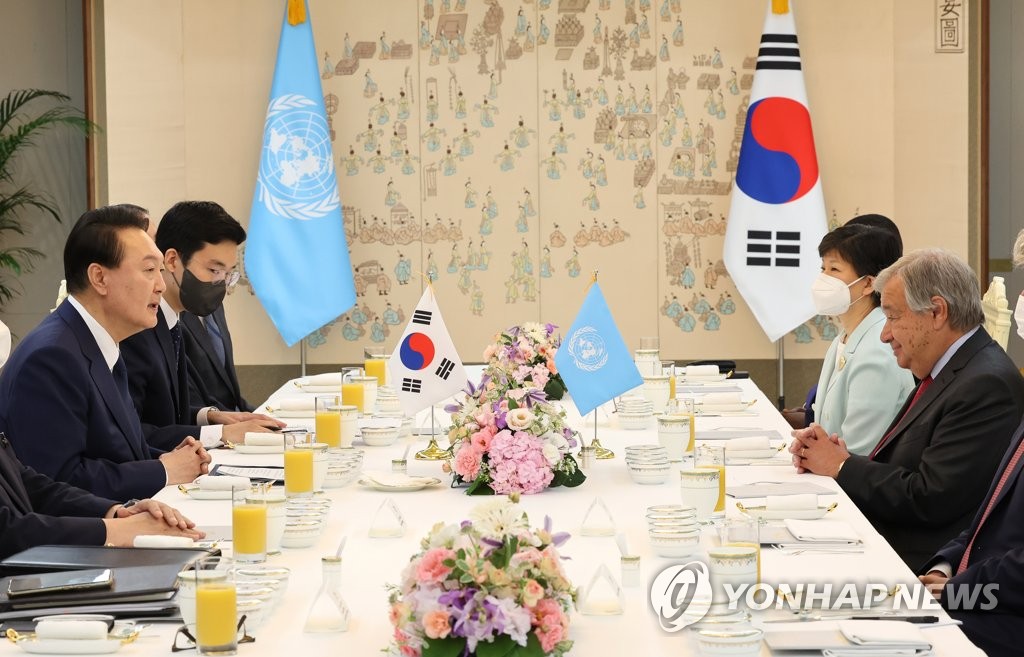