Lee secured more than 70 percent of the vote in the polls carried out in the southeastern port cities of Busan and Ulsan, along with South Gyeongsang Province. The tally was from voting by DP members who pay party dues.

The front-runner has so far won 74.59 percent of all votes cast, followed by Park Yong-jin with 20.7 percent and Kang Hoon-sik with 4.7 percent.

"More people than I expected have supported me enthusiastically," Lee told reporters after the release of results, saying he will continue to try his best in a humble manner to continue winning more support.

Ahead of the Aug. 28 national convention, the candidates are to go through 15 rounds of regional voting, including those from Saturday and last week. 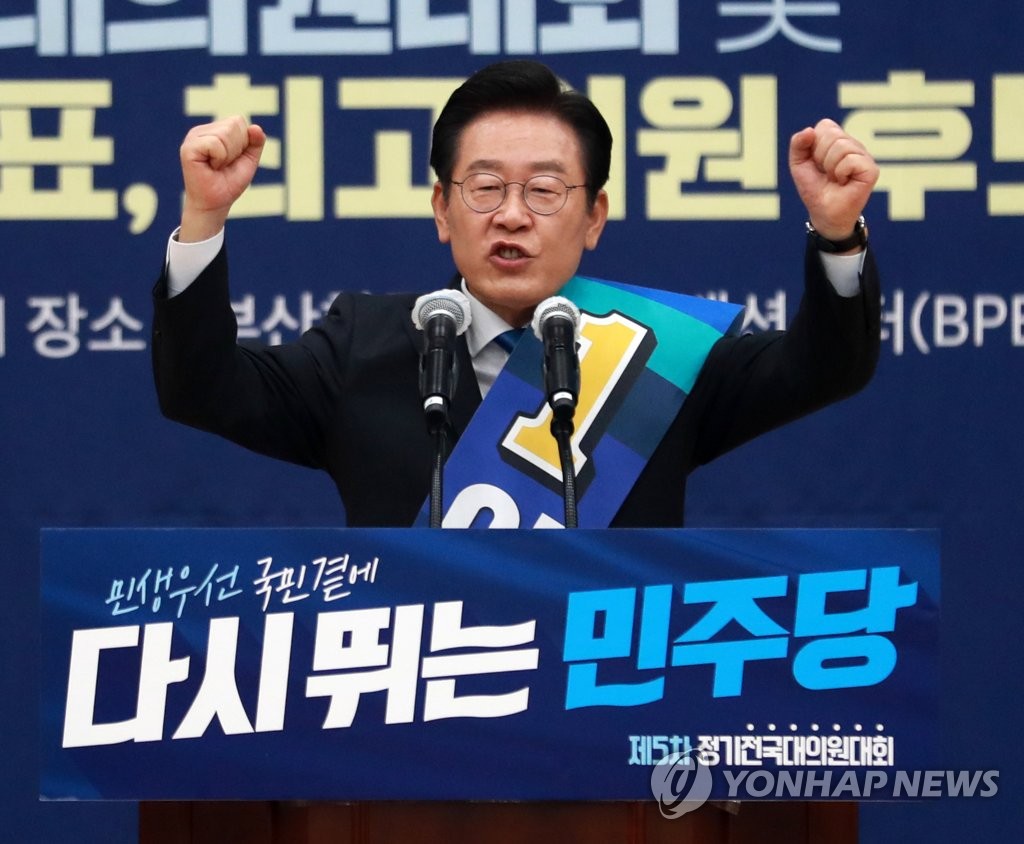