SEOUL, Aug. 13 (Yonhap) -- The South Korean government plans to cut its expenditures next year, the finance minister said Sunday, as the country aims to tighten its belt amid economic challenges and inflation.

The remark indicates the government's budget for 2023 will hover below the 679.5 trillion won (US$520 billion) allocated this year. The government had initially planned for 607 trillion won, but the amount rose after Seoul created extra budgets to support pandemic-hit merchants and vulnerable people.

"Next year's main budget will be significantly lower than that of this year, including extra budgets," Finance Minister Choo Kyung-ho told reporters during his visit to a farm in Gangneung, 237 kilometers east of Seoul.

It would mark the first time in 13 years for the government's expenditure to contract from a year earlier.

Choo said the government also plans to freeze the salaries of ministers and vice ministers, and have them return 10 percent of their paychecks.

Regarding consumer prices, Choo said monthly growth is expected to fall below 6 percent soon, ruling out concerns that the increase may reach as high as 7 percent due to frequent rain and a heat wave.

"It may not be long before we see 5-percent-level (growth)," Choo said.

South Korea is grappling with high inflation caused by high energy and food prices, with consumer prices soaring 6.3 percent on-year in July, the fastest increase in almost 24 years. It also stayed above the 6-percent mark for the second consecutive month.

"With the Chuseok holiday approaching, the prices of agricultural products, including fruits and vegetables, are high compared with last year, but I anticipate with prudence that the production will go smoothly as time passes, given that there are no particular weather conditions," Choo added.

Earlier this week, the government said it plans to supply 230,000 tons of farm, livestock and fisheries products ahead of the extended Chuseok holiday set for Sept. 9-12. 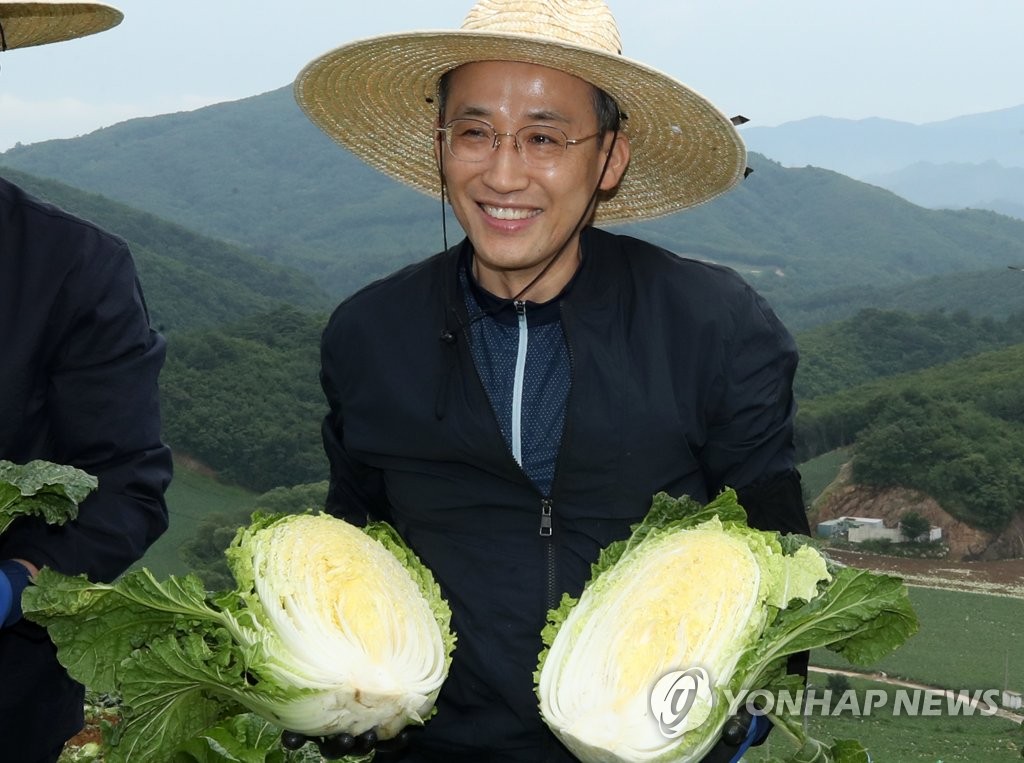