In a press statement, Kim Son-gyong, vice foreign minister for international organizations, denounced the U.N. chief for his reported expression of "full support for the complete, verifiable and irretrievable denuclearization (CVID)" of North Korea.

According to an English-language report of the Korean Central News Agency, Kim said,

"I cannot but express deep regret over the said remarks of the UN secretary-general that grossly lack impartiality and fairness and go against the obligations of his duty, specified in the UN Charter, as regards the issue of the Korean peninsula."

"The so-called CVID, touted by the U.S. and its vassal forces, is just an infringement upon the sovereignty of the DPRK as it demands the unilateral disarmament, and Secretary-General Guterres perhaps knows well that the DPRK has totally rejected it without any toleration," the vice foreign minister added. The DPRK is the acronym for the North's official name, the Democratic People's Republic of Korea.

Kim said the North's nuclear program is its "inevitable choice" to defend its own security and called on Guterres to "be careful in making such dangerous words and deeds as "pouring gasoline on flames" at a time of the "extremely acute situation" on the Korean Peninsula. 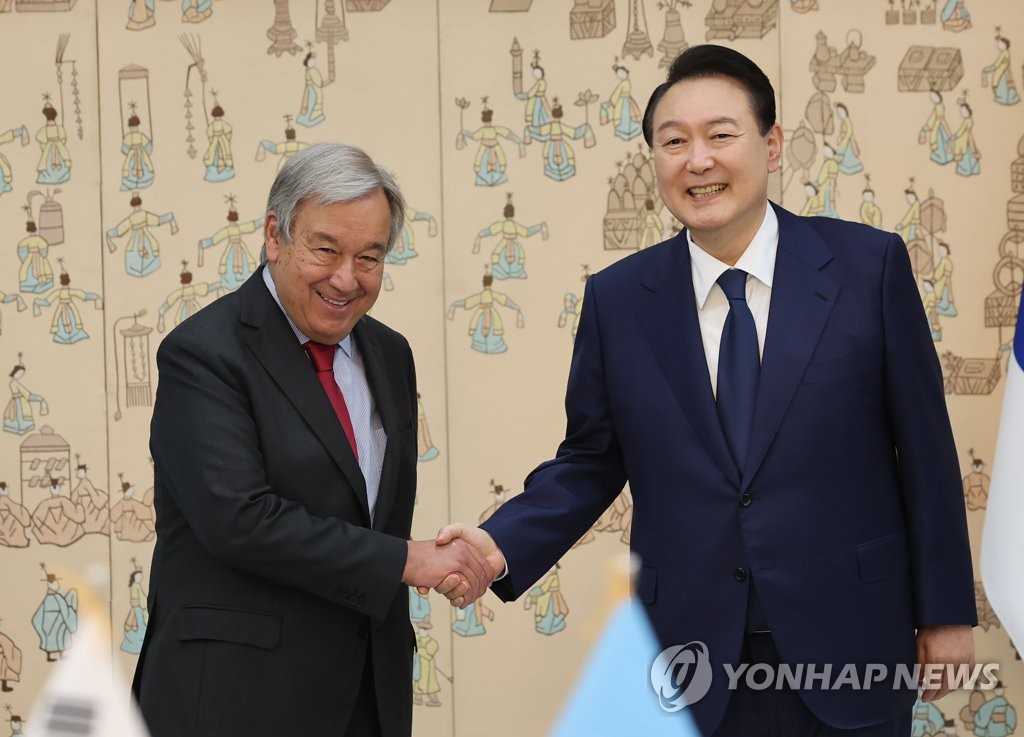 (LEAD) N. Korea hits out at U.N. chief over remarks on denuclearization

(LEAD) N. Korea hits out at U.N. chief over remarks on denuclearization