Foreign investors held 606.2 trillion won (US$464 billion) worth of stocks traded on the main KOSPI market as of Thursday, accounting for a yearly low of 30.51 percent of the total market capitalization, according to the data from the Korea Exchange (KRX).

It marked the lowest point since Aug. 13, 2009, when foreign stock ownership took up 30.52 percent of the entire market cap.

Foreign investors turned to net buyers of Seoul stocks in July, helping the main KOSPI stock index rebound. But so far this year, they have been net sellers by dumping a net 10.6 trillion won worth of local shares.

In July, the Fed hiked the federal funds rate by 75 basis points for the second straight month to a target range of 2.25-2.5 percent.

The won has sharply fallen against the greenback in recent months amid global market jitters caused by the Fed's steep and fast rate hikes. The local currency hit an over 13-year low of 1,326.10 won per dollar on July 15. The won has slid nearly 9 percent against the dollar so far this year. 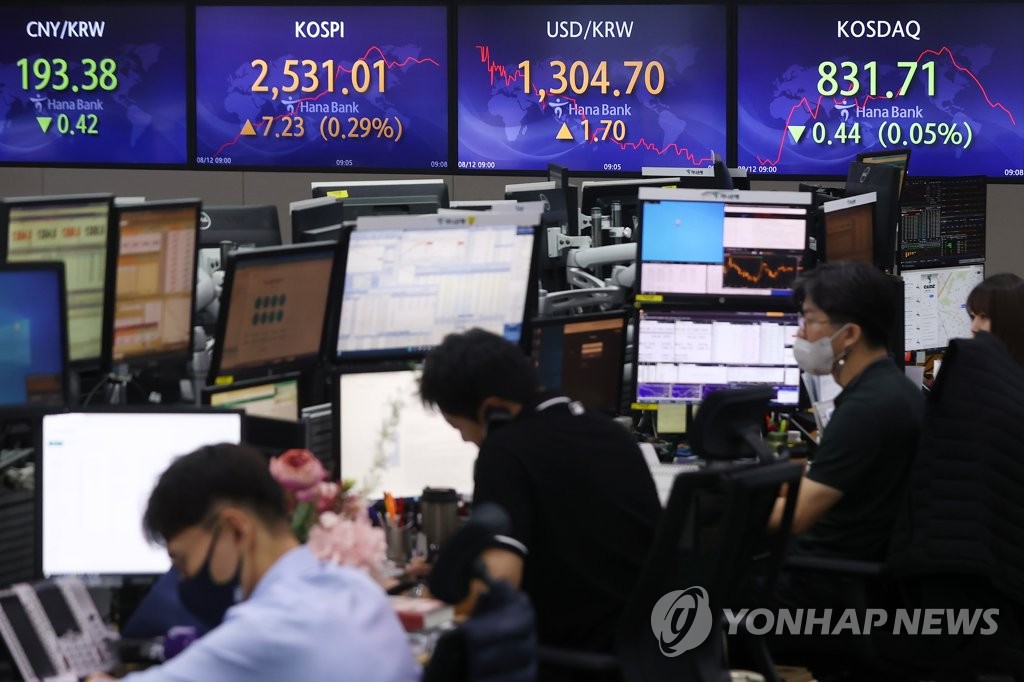