Han told a disaster response meeting that the central and local government "should be thoroughly prepared to minimize damages" from heavy rains, Han's office said in a statement.

Han also instructed relevant authorities to fully mobilize equipment and manpower for a swift recovery of areas hit by the downpours.

The government has taken steps to designate areas that were hit by last week's heavy rains as a special disaster zone.

If designated, the rain-hit areas will be eligible for the government's financial support in recovery work, relief funds for victims and other benefits. 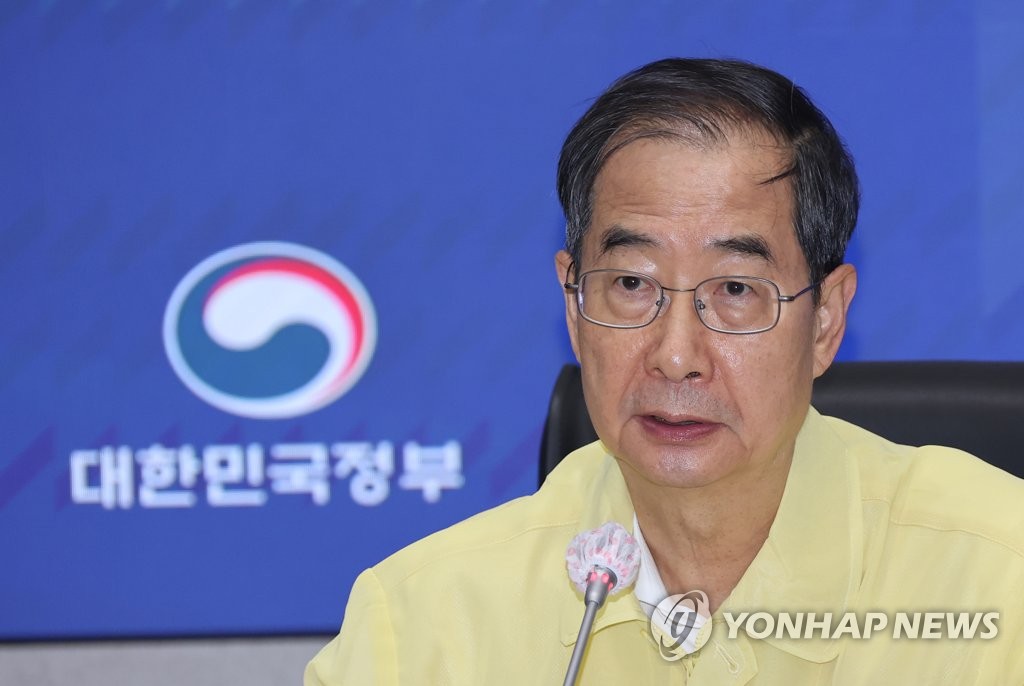