Kishida sent the offering to the Yasukuni Shrine in Tokyo earlier in the day and his two Cabinet ministers visited the shrine seen as a symbol of Japan's past militarism.

Aug. 15 is the anniversary of Japan's surrender in World War II and is celebrated in Korea as its independence from Japan's 1910-45 colonial rule.

"The government expresses deep disappointment and regret that responsible leaders of Japan's government and parliament again sent the offering or repeated their visits to the Yasukuni Shrine," South Korea's foreign ministry said in a statement.

South Korea also urged Japanese leaders to face up to history and demonstrate their humble introspection and genuine self-reflection with action for the past history.

South Korea and Japan are close economic partners and key allies of the United States, though they have long been in conflict over territory and other historical disputes stemming from Japan's colonial rule of the Korean Peninsula.

On Monday, Yoon said South Korea and Japan must contribute to peace and prosperity in the international community by working together across the economic, security, social and cultural spheres based on mutual respect.

"We must swiftly and properly improve Korea-Japan relations by upholding the spirit of the Kim Dae-jung-Obuchi Declaration," he said, referring to a 1998 joint declaration that called for overcoming the past and building new relations. 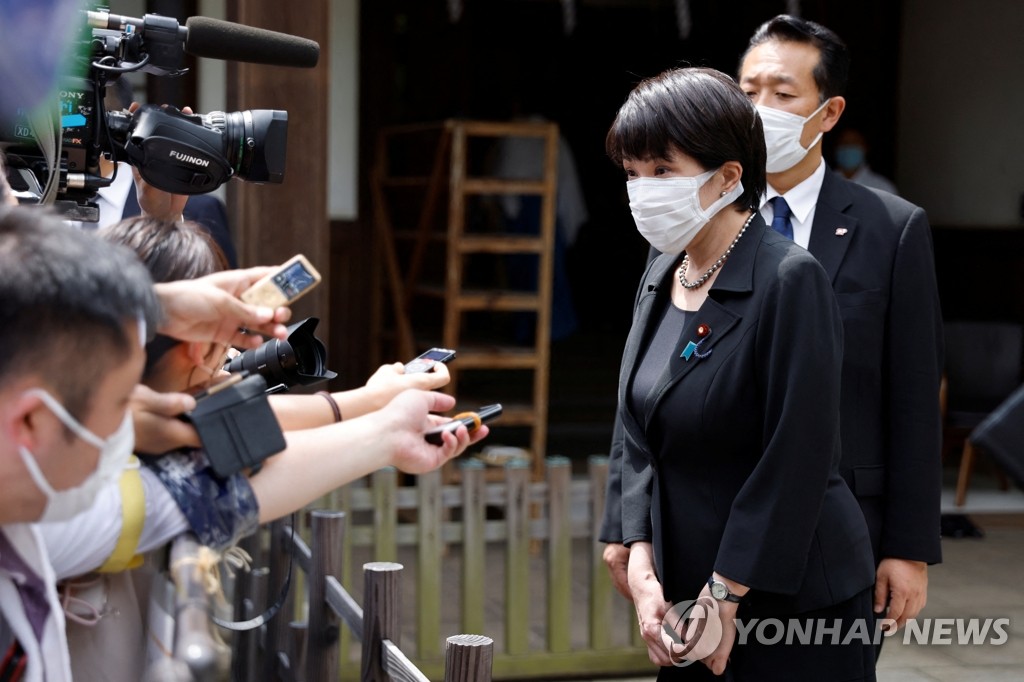