Gates, who also co-chairs the Bill & Melinda Gates Foundation, also complimented South Korea on how it has transformed from a "post-war economy into a powerhouse in a very short time," anticipating how it can help other countries looking to follow this progress.

Calling the country's accomplishments in multilateral global health initiatives, such as a US$200 million pledge to COVAX, "fantastic," Gates said his foundation hopes to reinforce its partnership with the country.

"This is a crisis moment for global health, so this is also a fantastic time for our foundation to strengthen the partnership with Korea. Providing great ideas for new tools and more resources to help those most in need," he said.

"It's the right thing to do and the smart thing to do. And I look forward to doing it in partnership," he said.

Gates, who visited the National Assembly at the invitation of Speaker Kim Jin-pyo, held a 40-minute meeting with the parliamentary leader ahead of his speech.

Later Tuesday, the Microsoft co-founder is scheduled to meet with President Yoon Suk-yeol. The two spoke by phone and discussed their responses to the pandemic in June. 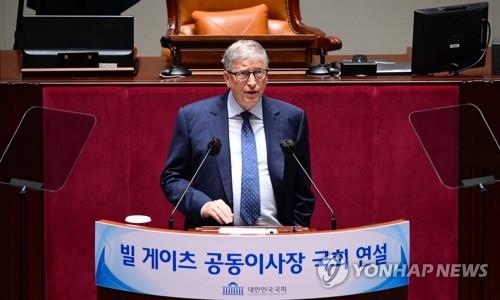 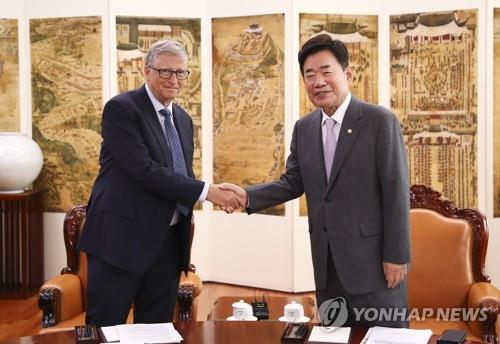