It formally launched its first U.S. research institute in Boston on Monday (U.S. time), following the opening of an R&D facility in the Germany city of Munich on July 1, the company said in a release.

Samsung SDI also plans to set up another R&D center in China by next year, it added.

The establishment of overseas research centers is intended to "secure a competitive edge in super-gap technology through the research and development of new battery technologies specialized for each region," the company said.

Samsung SDI plans to cooperate with universities and startups in the regions on lithium-ion battery technologies and next-generation battery research. 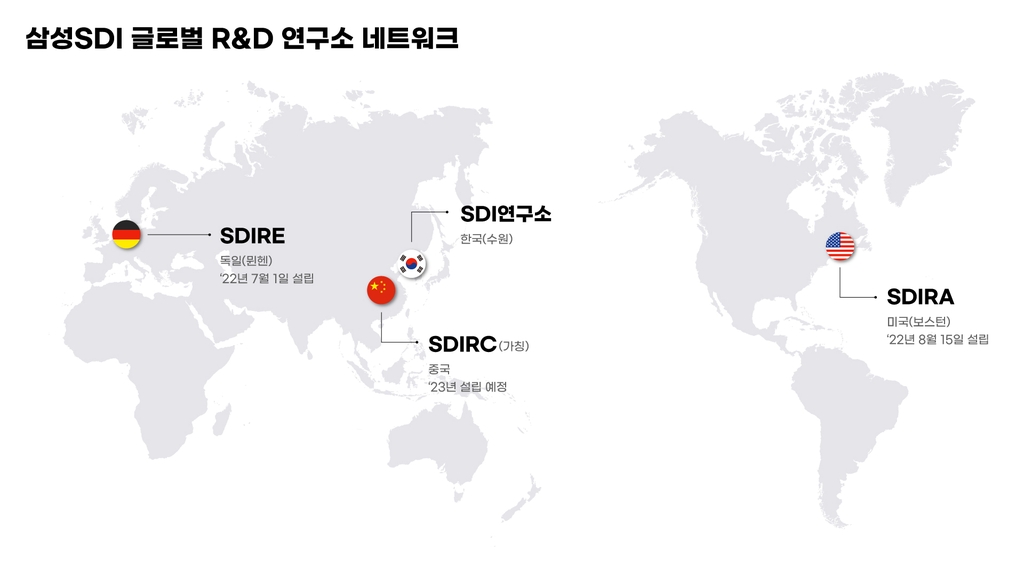