Kim Seong-hyeon, 23, will join the PGA Tour for the first time, after finishing 12th on the points list on the developmental Korn Ferry Tour in the just-concluded season. An Byeong-hun, 30, will make his return, thanks to his 13th-place finish on the Korn Ferry rankings, after losing his PGA Tour card following the 2020-2021 season.

The 2022 Korn Ferry Tour ended Sunday with the Pinnacle Bank Championship at The Club at Indian Creek in Elkhorn, Nebraska.

After each season, the top 25 players on the Korn Ferry points standings earn their PGA Tour cards for the following campaign. The 2022-2023 PGA Tour season begins on Sept. 15 with the Fortinet Championship in Napa, California. 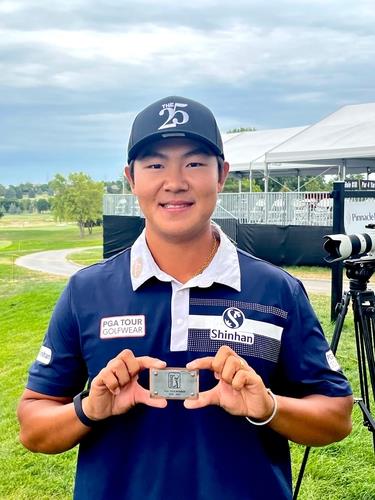 Kim had four international victories, including the 2020 KPGA Championship, before making his way to the United States for the 2021 Korn Ferry Tour Qualifying Tournament.

After joining the U.S. circuit, Kim posted three top-three finishes in his first seven Korn Ferry appearances. Kim had already clinched his PGA Tour membership by early May before that status became official at the end of the Korn Ferry season over the weekend.

In 19 Korn Ferry tournaments, Kim had four top-10s, including a pair of runner-up finishes.

"I've wanted to stay consistent, and I think all that hard work has borne fruit," Kim said in a statement released by his agency, All That Sports. "Everything has gone according to plans. I am surprised because I've accomplished this earlier than I'd expected, but I've been putting in the work."

An dropped to the Korn Ferry Tour after finishing 164th in the 2020-2021 FedEx Cup standings, with only the top 125 keeping their PGA Tour cards. A member of the International Team at the 2019 Presidents Cup, An won the LECOM Suncoast Classic in February on the Korn Ferry Tour. It was his first PGA Tour-sanctioned victory.

An, the son of 1988 Olympic table tennis medalists, An Jae-hyung and Jiao Zhimin, only had one other top-10 finish and missed nine cuts in 17 tournaments. But the lone win was enough to keep him inside the top 25 on the Korn Ferry rankings. 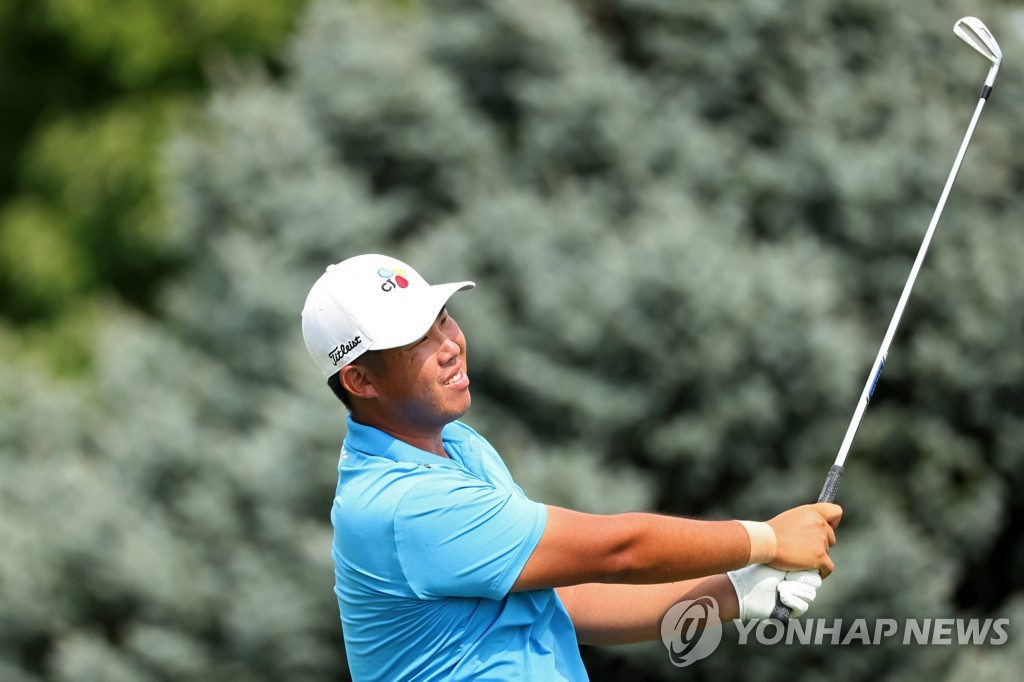 "My primary goal was to return to the PGA Tour, and now that I am going back, I want to play even better," An said in an interview with the PGA Tour. "I'd love to win a tournament and post good results at major championships. I want to be the best in the world."

Kim and An will join Kim Joo-hyung, Im Sung-jae, Lee Kyoung-hoon and Kim Si-woo on the PGA Tour. All four returning players have won on the big tour.

Kim Joo-hyung, the youngest of the bunch at 20 who won the Wyndham Championship on Aug. 7, is the top South Korean on the world rankings at No. 19.

2 S. Koreans earn spots on PGA Tour for next season

2 S. Koreans earn spots on PGA Tour for next season