In Monday's address marking the end of Japan's 1910-45 colonial rule of Korea, Yoon called Tokyo a "partner" in tackling common threats and pledged to swiftly improve relations with the neighboring nation, but he did not mention historical rows.

"Turning a blind eye to outstanding issues, such as compensation for forced labor victims, and the comfort women issue, the address churned out the vague rhetoric of future-oriented Korea-Japan relations," Rep. Park Hong-keun, DP floor leader, told a party meeting.

Such a unilateral push to improve relations could give a wrong signal to Japan, he said.

In the address, Yoon vowed to improve the frayed relations between the two countries by upholding the spirit of the Kim Dae-jung-Obuchi Declaration, referring to a 1998 joint declaration that called for overcoming the past and building new relations.

Park stressed that a proper apology is a prerequisite in mending ties between the two countries.

"The Kim Dae-jung-Obuchi Declaration centers on a scathing atonement and heartfelt apology for the colonial rule," Park said. "A one-sided push to improve Korea-Japan relations without a principle or public consensus will give the wrong signal to the Japanese government." 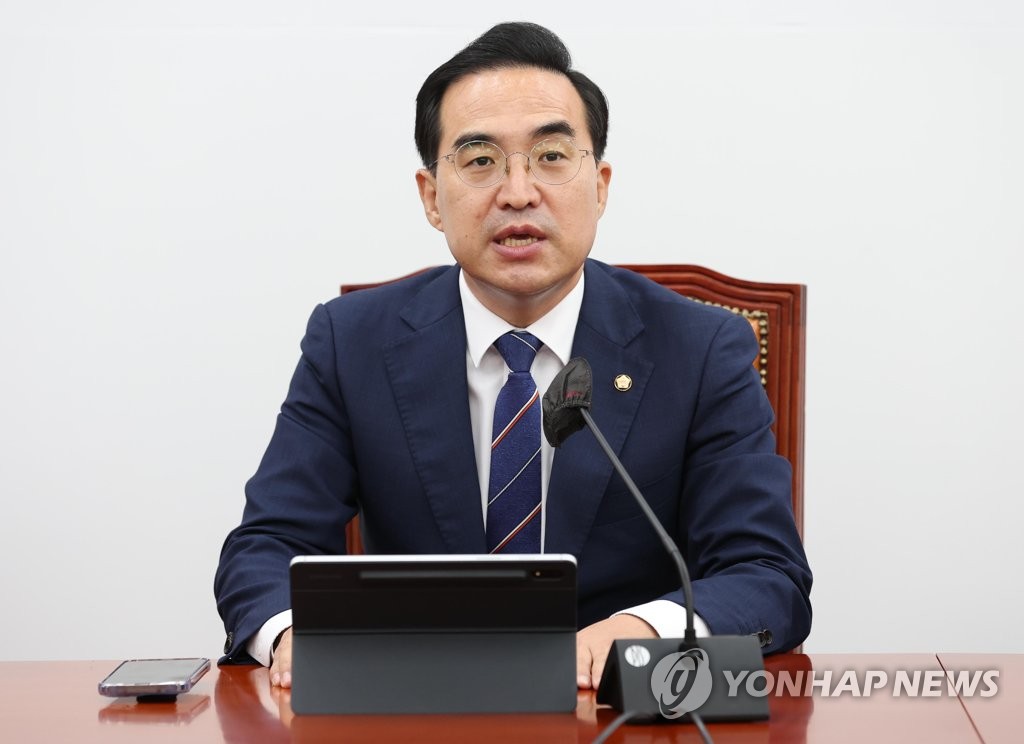