During the meeting at the presidential office, Yoon praised Gates for his contributions to modern industrial technology and infrastructure and for his efforts to increase access to vaccines and treatments in developing countries.

"On behalf of the government of the Republic of Korea, I too would like to establish substantive cooperative relations with your foundation so that our country can contribute to promoting the health of the world's citizens while continuing to build advanced bio health technologies," he said.

Gates said South Korea is a "strong match" with the goals of his foundation, both in terms of its growing aid budget and its development of new capabilities through universities, non-profits and companies.

"There's so much capability in Korea," he said, adding that he hopes the two sides can do more together.

"I've been very pleased to see the priority you put on biological innovation," he told Yoon. "The opportunity to both create good jobs and to improve health not just in the rich countries but also the developing countries is very, very exciting." 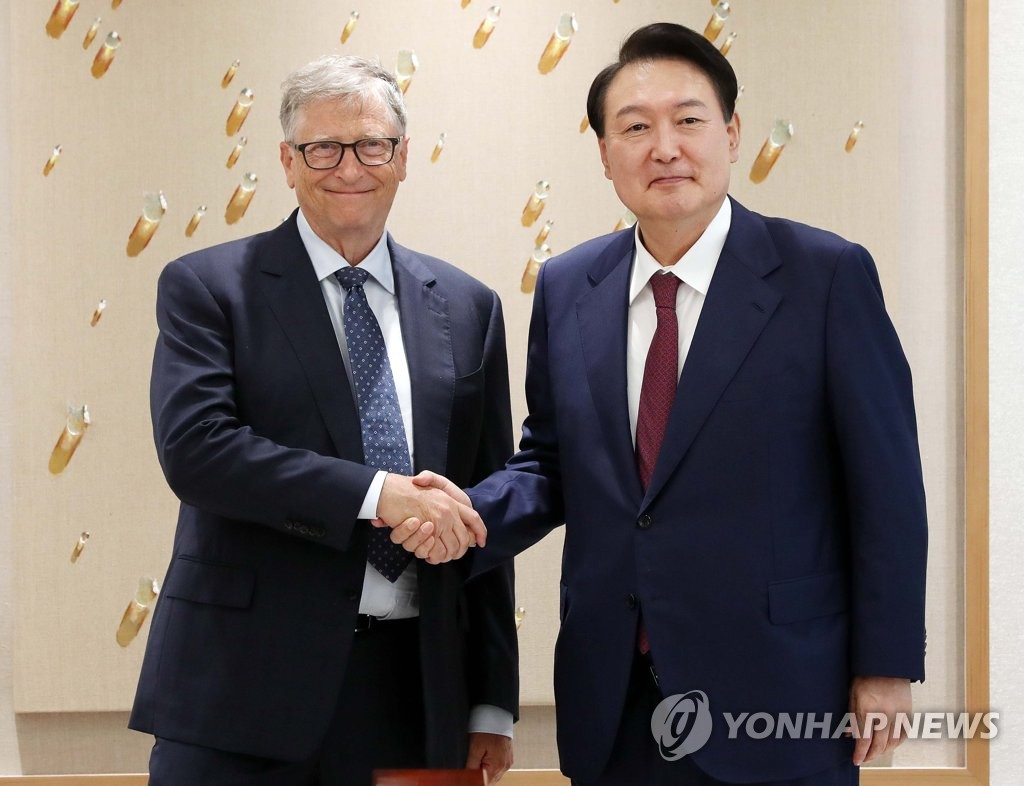