DSME, the world's No. 4 shipbuilder by order backlog, said in a regulatory filing that its net losses for the six months ending in June narrowed to 667.9 billion won (US$594.5 million) from 1.24 trillion won a year ago.

The company said it has received 6.67 billion won worth of orders so far this year, about 75 percent of its yearly target of 8.9 billion won.

Operating losses came down to 569.6 billion won during the same period, compared with 1.22 trillion won reported a year ago.

Revenue increased 12 percent to 2.42 trillion won a year ago, the company said.

For the three months ending in June, the company reported an operating loss of 99.5 billion won and a net loss of 176 billion won, down by 78 percent and 64 percent, respectively, from the previous quarter.

"While the losses have sharply narrowed from the first quarter, the company continued its losses due to sanctions against Russia and labor strikes," the company said in a press release.

DSME also said it had reflected provisions for 350 billion won in construction costs and other potential liabilities.

Earlier this year, subcontract workers at the DSME staged a sit-in for months, demanding wage hikes and improved working conditions.

DSME estimated the aggregate operating loss from the prolonged strike to be more than 800 billion won. 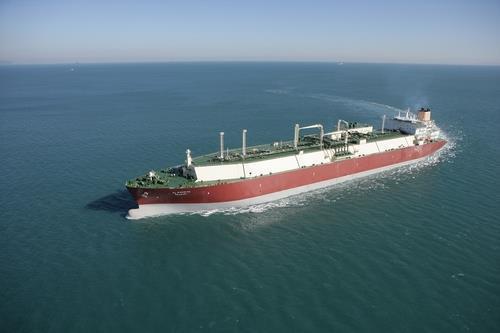