The espionage film drew 146,000 people the previous day, bringing its combined total to 2.1 million, according to the data by the Korea Film Council.

Released Aug. 10, it took seven days to reach the 2 million level, becoming the fourth most-viewed Korean film in 2022 after "The Roundup," "Hansan: Rising Dragon" and "The Witch: Part 2. The Other One."

"Hansan," the historical war film about a famous naval battle of Adm. Yi Sun-sin against the Japanese during the Joseon Dynasty, came in second with 88,000 people on the day to post a cumulative 6.2 million admissions. 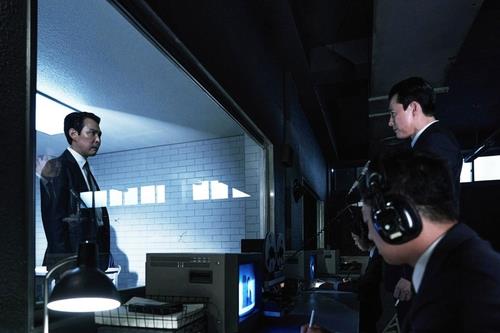