SEOUL, Aug. 17 (Yonhap) -- The main opposition Democratic Party (DP) dropped a controversial proposal to revise its charter in connection with party membership suspension for those facing criminal charges after the move sparked criticism it is aimed at shielding former presidential candidate Lee Jae-myung.

The party's national convention preparatory committee adopted the proposal a day earlier to state that only those convicted in the first trial would have their party membership suspended. Under the current charter, party membership is suspended only if a member is indicted.

The move was widely seen as aimed at preventing Lee, who is expected to take over as leader in a national convention later this month, from getting his membership suspended even if he is indicted in corruption cases currently under investigation.

On Wednesday, however, the party dropped the proposal amid criticism it is a "bulletproof" clause for Lee.

Instead, the party decided to revise a clause to allow for the cancellation of membership suspension imposed for indictment that the party considers political suppression.

"By respecting the measure previously endorsed by the party's reform committee and preparing an exception clause for party members unfairly indicted in political revenge, we reached a compromise," Rep. Shin Hyun-young, a DP spokesperson, told a press briefing. 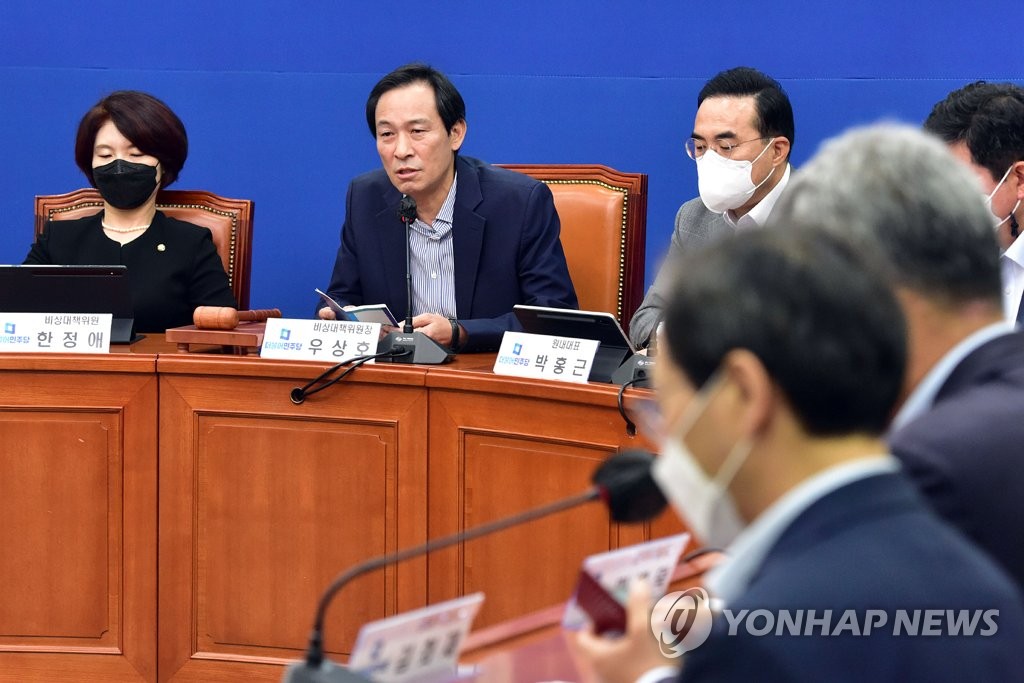