The remark, made in a press conference marking his 100 days in office, was seen as yet another olive branch to Pyongyang, days after he unveiled what he described as an "audacious" offer to rebuild the North's economy if the regime takes substantial steps toward denuclearization.

During his Liberation Day speech on Monday, Yoon laid out the details of his "audacious plan" to significantly improve North Korea's economy through massive aid and infrastructure projects in the event it takes serious steps to denuclearize. 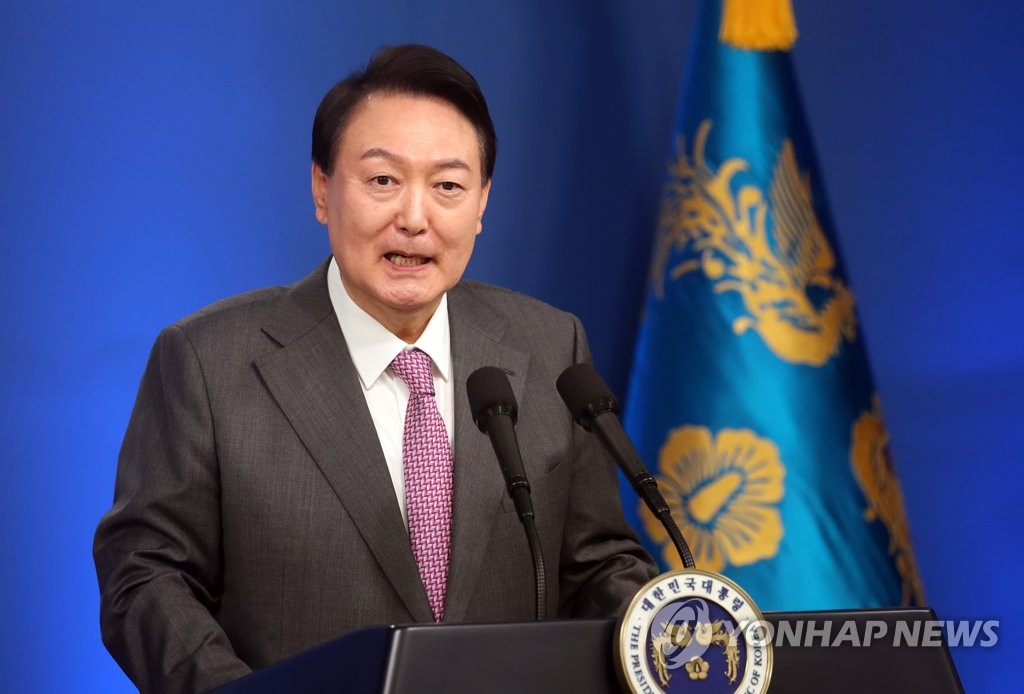