INCHEON, Aug. 17 (Yonhap) -- Prosecutors raided the Coast Guard's headquarters Wednesday as part of an investigation into the previous administration's handling of the death of a fisheries official at the hands of North Korea in 2020.

The Seoul Central District Prosecutors Office sent a team of investigations to the Coast Guard headquarters in Incheon, west of Seoul, earlier in the morning to seize evidence, according to legal sources.

The search is part of a probe into suspicions that the previous Moon Jae-in administration mishandled the death of the 47-year-old official, Lee Dae-jun, in September 2020, including concluding without concrete evidence that he was killed while attempting to defect to the North.

The case was looked into again since President Yoon Suk-yeol took office in May, and the Coast Guard overturned the earlier conclusion and said it found no concrete evidence backing allegations that the official attempted to defect. 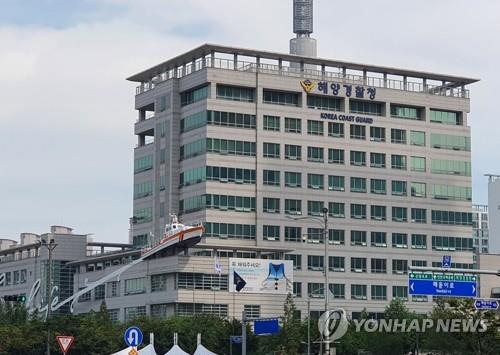