The industry's total revenue amounted to 170.4 billion won (US$130.2 million) last month, up 149.4 percent from 68.3 billion won a year earlier, according to the data from the Korean Film Council (KOFIC).

The 2022 figure reached almost the pre-pandemic level, compared with 184.1 billion won tallied in the same month of 2019.

The number of audience members shot up 133.4 percent on-year to 16.29 million last month but fell 25.9 percent from three years ago. 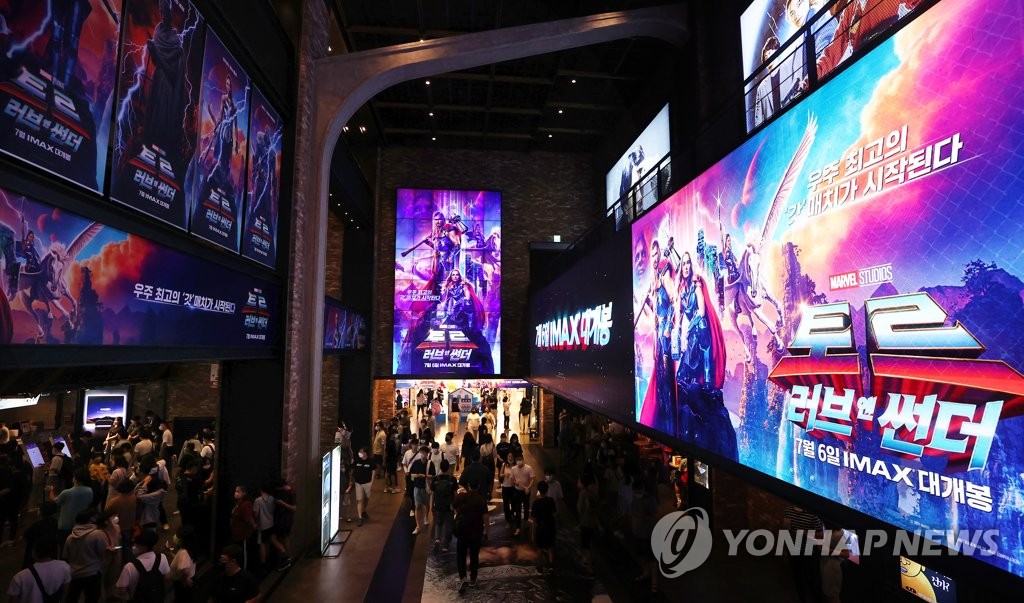 With the beginning of the summer peak season, Hollywood and homegrown blockbusters led the on-year growth in July.

Foreign flicks accounted for 61 percent of the total attendance last month, sharply up from 39 percent in June, thanks to the brisk performance by "Top Gun" and "Thor 2."

Among indie and art house films, the Japanese psychological mystery-horror "Cure" topped the chart by collecting 222.2 million won in ticket sales from 21,000 moviegoers.

It was followed by the Japanese romantic comedy "It's a Summer Film!" and the American black-and-white drama film "C'mon C'mon," starring Joaquin Phoenix.