The average household earned 4.83 million won (US$ 3,700) per month in the April-June period, up 12.7 percent from a year earlier, according to the data from Statistics Korea.

In the second quarter, household income grew on the back of an improvement in the job market and the provision of state compensation to pandemic-hit merchants, the agency said. The lifting of virus curbs also helped revive the in-person service segment, a sector hit hard by the COVID-19 pandemic.

Income earned through wages rose 5.3 percent on-year to an average of 2.89 million won per month. The monthly average income from business operations increased 14.9 percent to 927,000 won.

Transfer income backed by state support soared 61.5 percent to 679,000 won, as the government offered compensation to small merchants for their losses caused by tough virus curbs with the record extra budget of 62 trillion won created in May.

Household spending of consumption goods rose at the fastest pace in 12 years in the second quarter amid the increase in income, the data showed.

But when adjusted with inflation, households' real consumption expenditures inched up a mere 0.4 percent on-year, the slowest rise in 15 months.

Households' average propensity to consume, measured by the percentage of consumption expenditures out of disposable income, fell for the fourth straight month, as high inflation and rising interest rates cut into their purchasing power.

The average propensity to consume came to 66.4 percent, down 5.2 percentage points from the previous year. It was the lowest figure for any second quarter since 2006.

Meanwhile, the income gap between the haves and have-nots widened for the first time in four quarters in the second quarter.

The country's distribution ratio for disposable income, a key barometer of earnings equality, reached 5.6 in the second quarter, up from 5.59 the previous year. A higher ratio means increased inequality in income distribution.

It means that the top 20 percent income bracket had 5.6 times more earnings than those in the bottom 20 percent over the cited period. 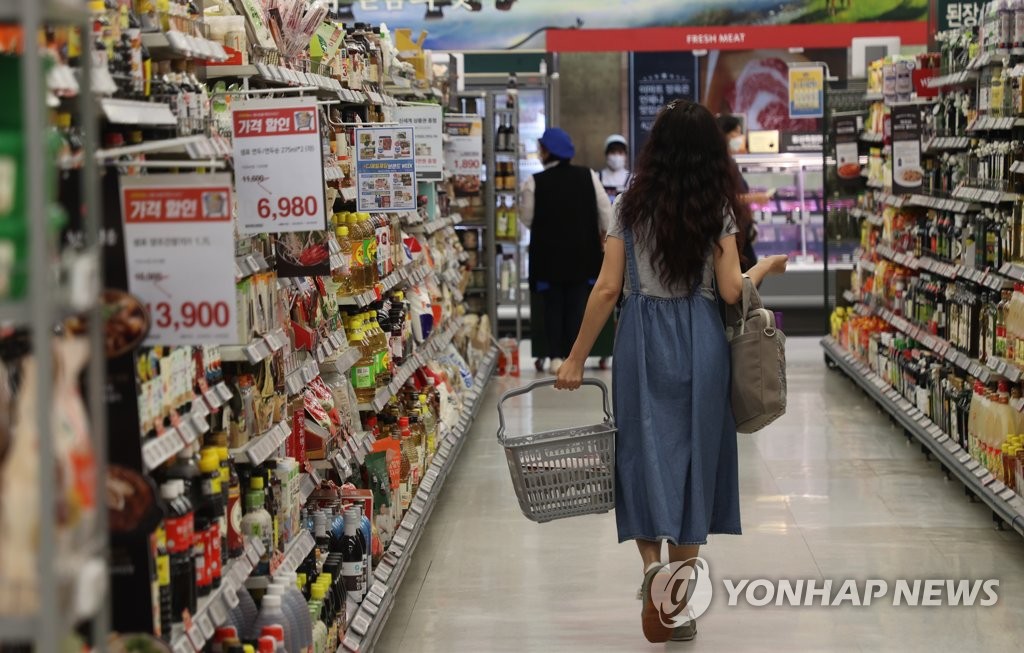