Their combined net income came to 9.9 trillion won (US$7.5 billion) in the January-June period, compared with a profit of 11 trillion won tallied a year earlier, according to the data from the Financial Supervisory Service (FSS).

The decline is blamed on a decline in non-interest earnings despite a rise in interest revenue amid fast-rising borrowing costs in tandem with the central bank's monetary tightening.

Their combined interest income stood at 26.2 trillion won, up 18.8 percent from a year earlier, the data showed. Their net interest margin, a key gauge of profitability, also improved 0.12 percentage point on-year to 1.56 percent.

Their non-interest income, however, plunged 65.1 percent to 3.2 trillion won. Earnings from securities holdings declined 1.2 trillion won over the same period, with profit from fees charged on transactions shrinking 200 billion won, the data showed.

Their loss reserves put aside to cushion the shocks from worsening economic situations also spiked 54 percent on-year to 3.1 trillion won, the data showed.

The FSS said that it will encourage local banks to beef up their shock-absorbing capability so that they stay financially healthy and capable of fulfilling their roles under any circumstances. 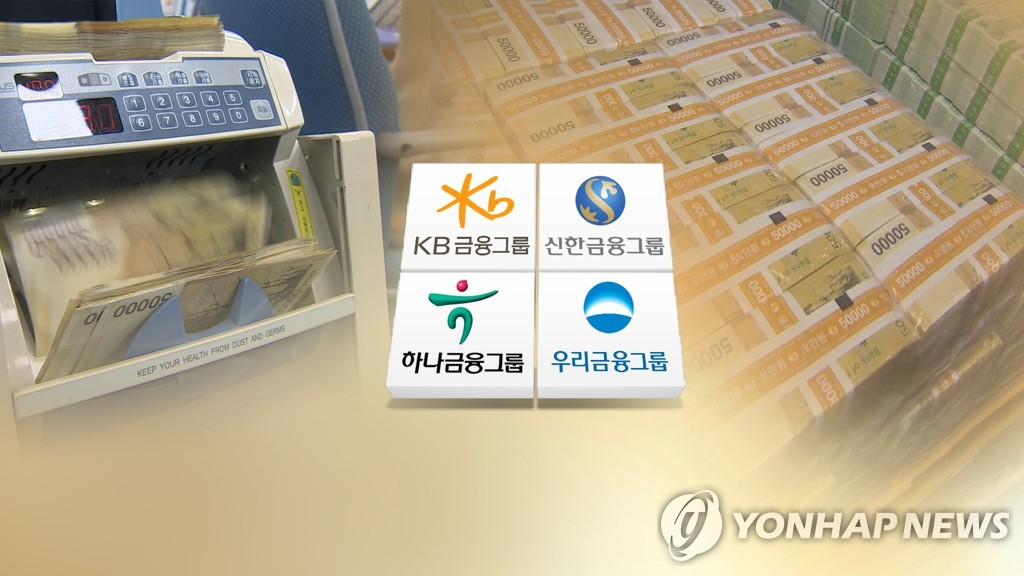