DAEGU, Aug. 18 (Yonhap) -- A man who was arrested for throwing a soju bottle at former President Park Geun-hye in front of her home in the southeastern city of Daegu in March was sentenced to one year in prison Thursday.

The Daegu District Court handed out the sentence to the 47-year-old man known only as Lee and ordered the confiscation of his utility knife, scissors and hacksaw that he possessed at the time of the attack on March 24.

The attack occurred when Park was addressing her supporters soon after arriving at her new residence following her release from a Seoul hospital on the same day.

Park, who was pardoned last December after spending four years and nine months in prison on a 22-year sentence for corruption, was immediately surrounded by security guards and did not sustain any injury.

The attacker was nabbed on the spot and alleged that he committed the crime due to grievances over her failure to apologize for the authority's crackdown on anti-government activists in the 1970s during the rule of her father and former President Park Chung-hee. But it turned out later that Lee had nothing to do with the persecuted anti-government activists.

The court said the defendant's intention to inflict injury on the former president has been fully recognized, and he has not been forgiven by the victim.

Prosecutors earlier demanded a three-year imprisonment for Lee in the previous court hearing, saying he did not repent for his crime. 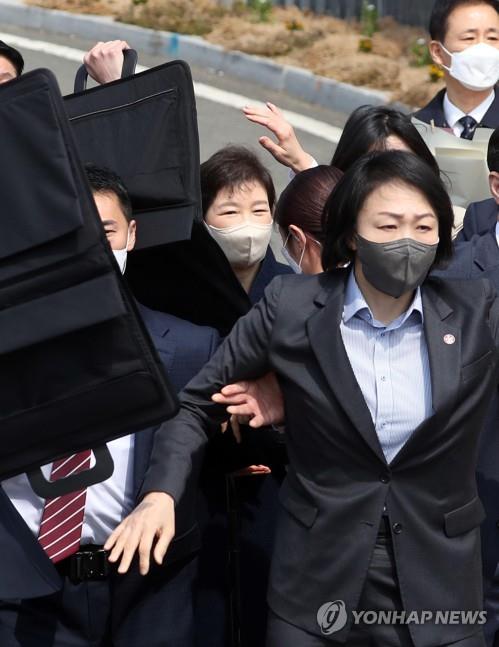