"I will attentively listen to the voice of the people in a humble manner and make all efforts to protect basic human rights by working together with members of the prosecution," Lee told reporters following the nomination.

Lee, 53, has been dubbed the "brain" of a group of senior prosecutors who have close ties with Yoon, a former top prosecutor.

He worked with Yoon at the Suwon District Prosecutors Office in 2007 while investigating allegations of slush funds surrounding Samsung Group.

Han, meanwhile, is a legal expert who respects economic principles based on the market and has gained administrative expertise through his work as a researcher and a government committee member, he said.

Kim also said the nominees for education minister and health minister are still under review, and will be announced as soon as they are decided.

Regarding the possible replacement of the senior presidential secretary for public relations, Kim said an announcement will be made Sunday.

Local media have reported that former Rep. Kim Eun-hye of the ruling People Power Party has been tapped to replace Choi Young-bum as the senior public relations secretary.

On reports of a reorganization of the presidential office, the chief of staff said it is looking into establishing the position of a senior presidential secretary for policy and planning.

The reorganization comes as Yoon has faced calls to overhaul his staff amid falling approval ratings blamed largely on his poor personnel choices in the presidential office and the government. 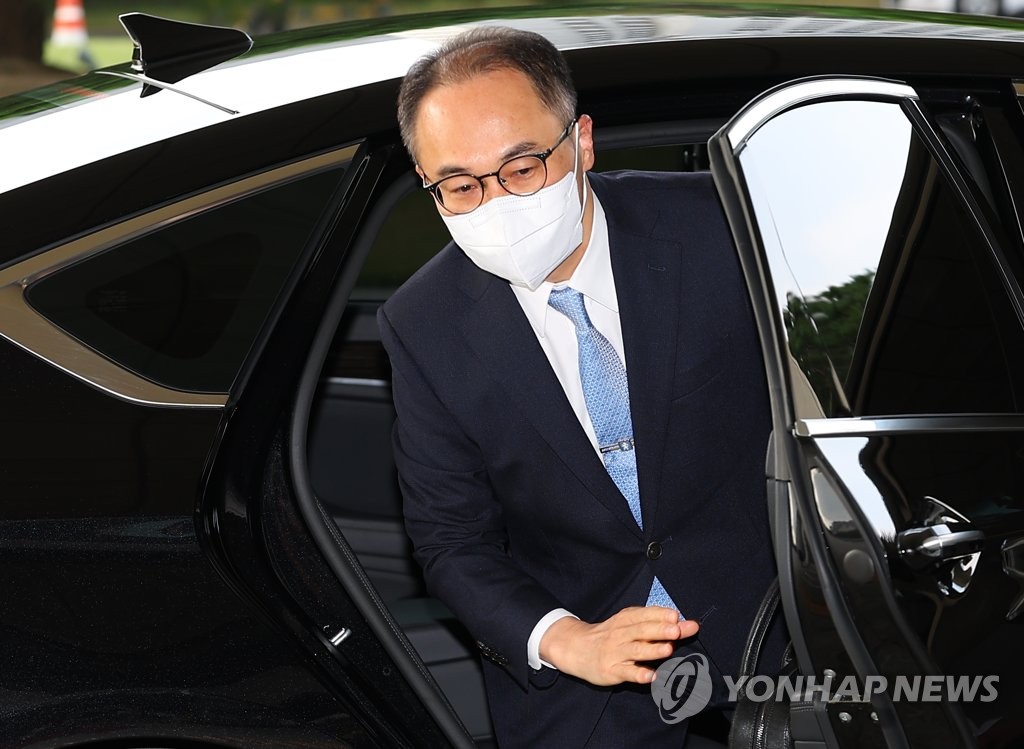