SEOUL, Aug. 19 (Yonhap) -- As good as he is at pitching, Doosan Bears right-hander Robert Stock has many interests outside baseball.

In social media, he identifies himself as an "amateur film critic" and a "fanatical book reader." The 32-year-old American, in his first Korea Baseball Organization (KBO) season, is also a game enthusiast.

In particular, Stock enjoys "League of Legends" (LoL). For him, one of the perks of pitching in South Korea, a hotbed of the multiplayer online battle arena game with 10 professional e-sports teams, is having a chance to see an LoL competition in person. 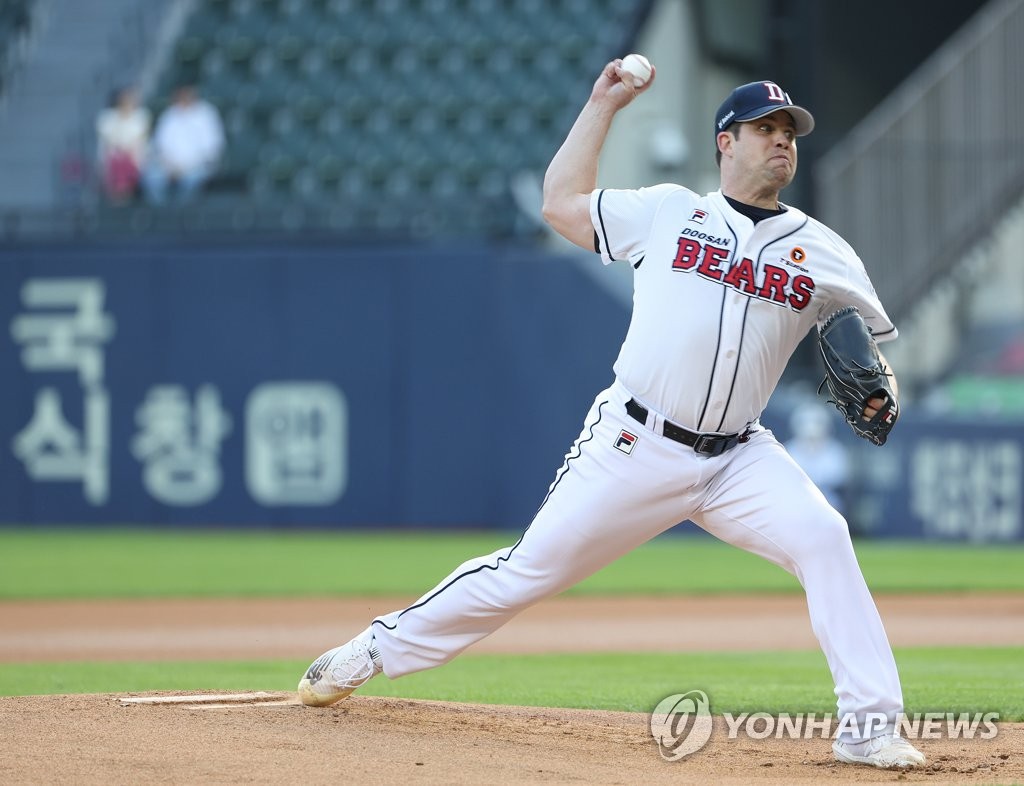 He and his wife, Sara, also an LoL player, did exactly that during the KBO's All-Star break last month. Afterward, the Stocks even received jerseys of a Korean LoL team, T1, bearing their last names on the back, as a show of gratitude for their support.

"I was really grateful to get the chance to go see T1 play 'League of Legends.' They're historically the best 'League of Legends' team ever, and they've got the very best player in Faker," Stock told Yonhap News Agency on Thursday at Jamsil Baseball Stadium in Seoul, where the Bears were to host the Kiwoom Heroes.

"They showed my wife and me during the game on the screen. Then somebody that works for T1 came over and gave me contact information for the people running T1," Stock added. "They were very kind and said that they love seeing support for their team. I also loved being there. And so they sent me a T1 jersey for me and my wife."

Stock, who tweeted photos of himself and Sara in the T1 shirts, said he and his wife have been playing the game together since 2015. Doing so while they are in South Korea carries extra significance because "Korea is the motherland of 'League of Legends.'" 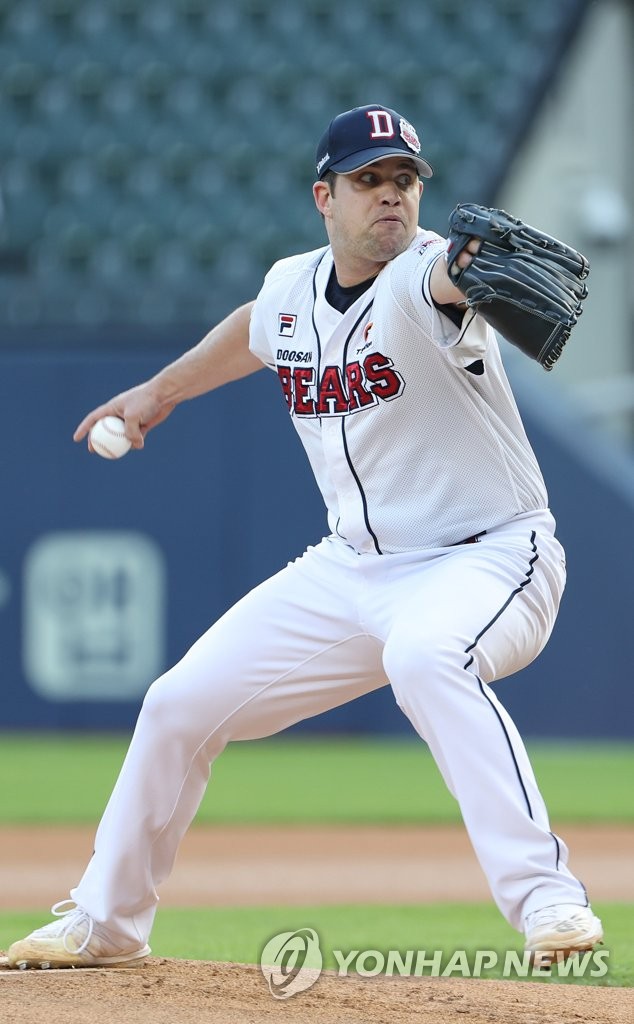 That's already the most innings he has thrown in a season as a professional at any level. Even before throwing his first pitch in the KBO, Stock, who had been mostly a reliever in the United States, faced questions about his ability to last a full season as a starter. He has silenced those skeptics and some.

"I felt confident in my ability to do it the entire season. And so that hasn't changed for me. Physically, I feel great," Stock said. "If other people have changed their opinions, I don't know what their opinion was in the first place."

Stock has faced each of the KBO's nine other teams at least once so far. He said the one thing that stuck out the most for him was some teams' ability to catch on to his small habits on the mound and figure out what he was going to throw next. 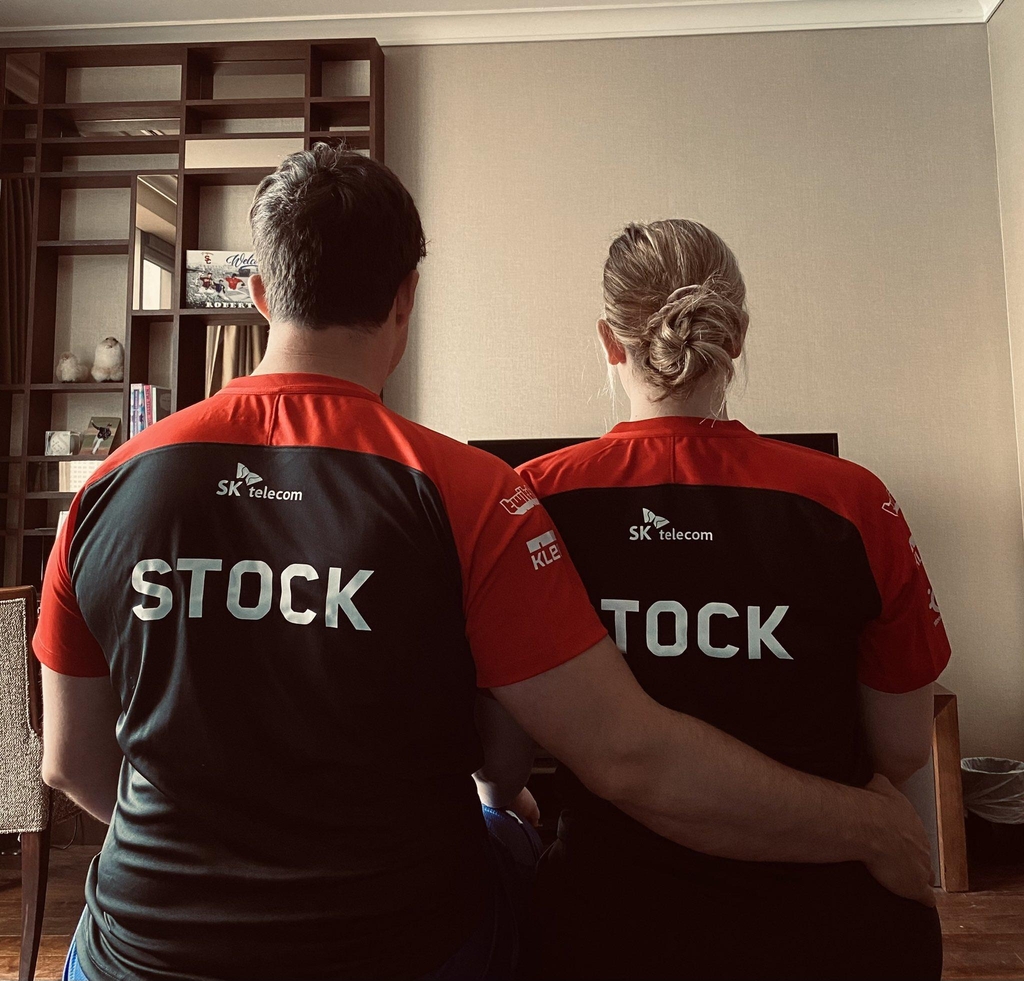 In other words, Stock might have been tipping pitches in spite of himself.

"This is my first full season as a starting pitcher where teams see me all the time, and they spend more time scouting me. There have been a couple of teams in the league that have done a good job of picking up on if I hold my glove a certain way, then it means this pitch is coming," Stock said. "So it has made me become more aware of my mechanics to make sure that I'm not giving away what pitch I'm throwing based on how I come set. A couple of teams are known for being very smart and intelligent, and getting reads on pitchers."

Trying to ensure he doesn't get too conscious of the cat-and-mouse game, Stock has come up with his own answer.

"The fix for me is just to rattle my hand, and my glove on every pitch," he said. "And so then I just think that one thing 'Hey, rattle your hand and then that's it.' So it's doesn't overwhelm my brain." (Yonhap Interview) As avid gamer, KBO pitcher happy to be in 'motherland' of 'League of Legends'

(Yonhap Interview) As avid gamer, KBO pitcher happy to be in 'motherland' of 'League of Legends'