The two sides "expressed regret" over her statement, the ministry said in a press release.

On Wednesday, he again promised to launch "aid projects" for the impoverished North as long as the country showed its commitment to denuclearization.

"The secretary expressed his appreciation for President Yoon's remarks during his Liberation Day address, particularly the ROK's concerted efforts to improve its relationship with Japan and secure the complete denuclearization of the Korean Peninsula," the U.S. state department said of Blinken's call with his South Korean counterpart, referring to South Korea by its official name, the Republic of Korea.

"The secretary reaffirmed the U.S. ironclad commitment to the defense of the ROK and Japan," it added.

Park and Blinken also exchanged views on the security situation on the peninsula especially ahead of the start of the allies' annual combined military drills next week, according to the South Korean foreign ministry.

They agreed to continue close cooperation to deter North Korea from taking provocative acts and lead it to return to dialogue, it added. 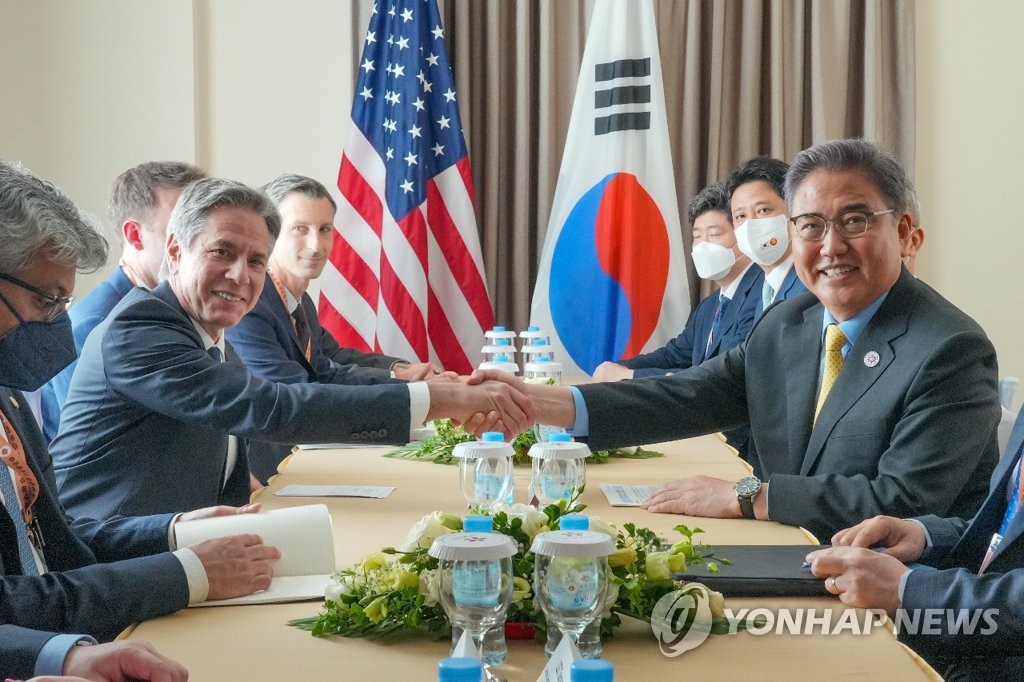