The South Korean tech giant plans to invest around 20 trillion won (US$15.06 billion) by 2028 for the 109,000-square-meter complex within its Giheung campus in Yongin, 50 kilometers south of Seoul. The envisioned facility is expected to help Samsung lead in areas of advanced research for memory and system semiconductors.

It marked Lee's first public appearance after his pardon. 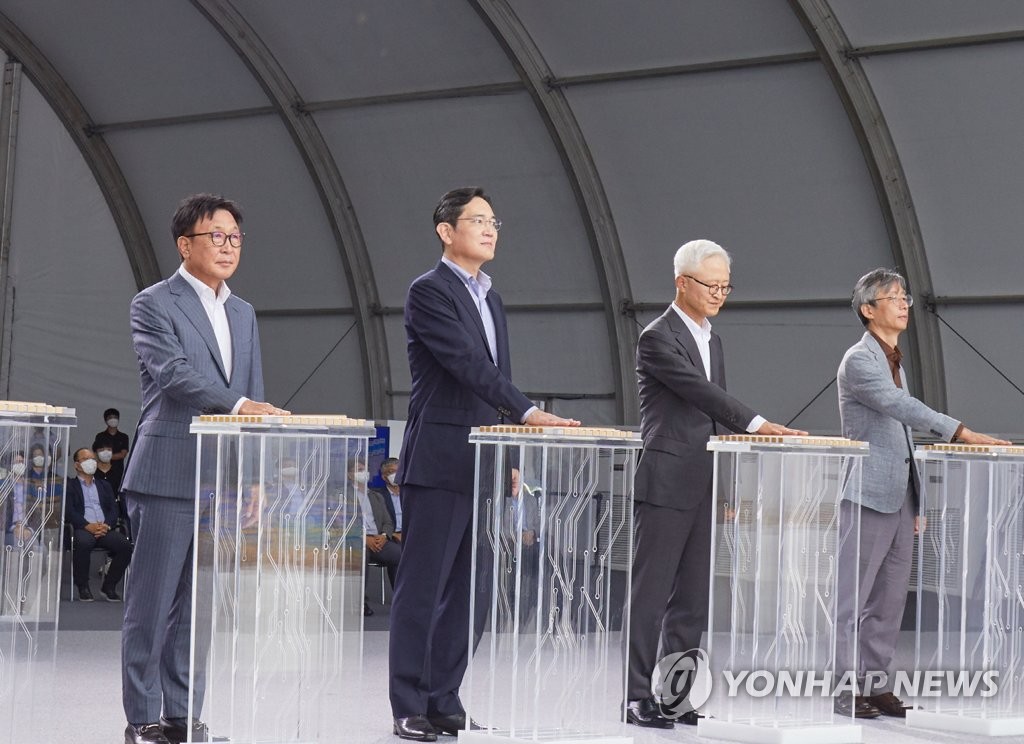 "We start a new challenge at the Giheung campus, where the first shoveling to build a semiconductor factory took place 40 years ago," Lee said. "Let's continue the tradition of technology-oriented, up-front investment. Let's create the future with technology that currently does not exist in the world," he added.

Industry watchers see Lee's visit to the campus as a sign that the Samsung heir is dedicated to supporting the nation in tackling recent economic woes by further advancing the country's semiconductor prowess.

Following his pardon, Lee said last week that he will work harder to fulfill his responsibility as a businessman and "help the economy by creating more jobs for young people."

Samsung said it plans to strengthen cooperation with domestic and foreign partners in the field of materials, parts and equipment through the construction of the R&D complex.

After the ceremony, Lee held a meeting with Samsung employees at the company's nearby Hwaseong campus and discussed ways to promote innovation within the company. Lee reportedly asked employees to work toward having a flexible mindset to become capable of adapting to new trends and changes.