"I believe the ambassador will play a big role in improving the South Korea-U.S. alliance into a global strategic partnership through his experienced career in diplomacy," Kim told Goldberg at their meeting held at the National Assembly in Seoul.

Kim said Goldberg's appointment shows how much the U.S. government values the relationship and alliance between the two countries.

Goldberg replied that good discussions were made during Pelosi's visit.

The ambassador also said he likes kimchi, a popular Korean fermented side dish, referring to Kim's comment that Pelosi enjoyed kimchi and other Korean dishes during the luncheon at the Seoul parliament. 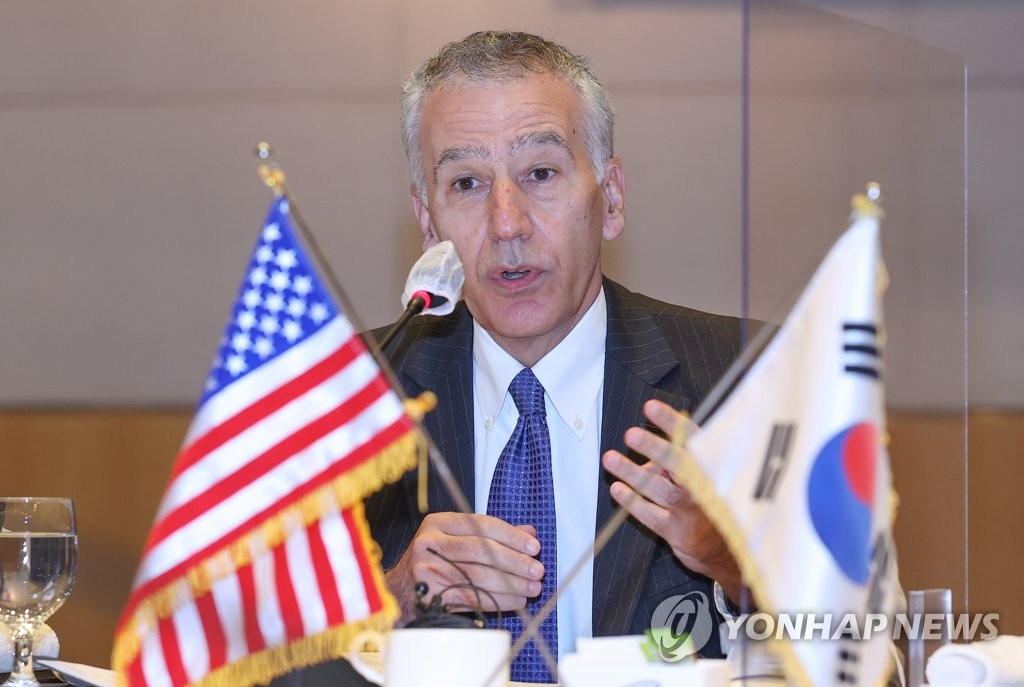