Salmon will be in South Korea from Aug. 29 to Sept. 3, an official of the U.N. Human Rights Office of the High Commissioner (OHCHR) in Seoul told Yonhap News Agency by phone.

During her stay, she is expected to gather materials necessary to write a report on the human rights situation in North Korea for the U.N. General Assembly in October and meet officials of the South Korean foreign and unification ministries and North Korea human rights groups.

The special rapporteur position was first created in 2004 to investigate and report to the U.N. Human Rights Council and General Assembly on the human rights situation in the reclusive regime in light of international human rights law. 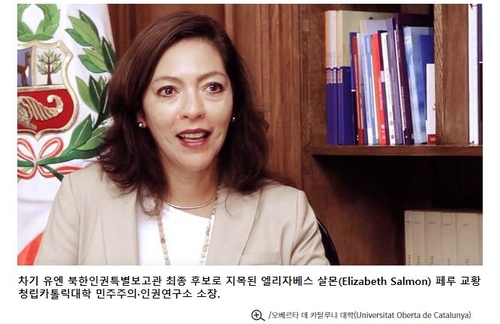