SEOUL, Aug. 22 (Yonhap) -- Two South Korean players have secured spots in the PGA Tour season finale, with one of them pushing himself into the exclusive field thanks to a blistering final round in the latest playoff event.

Im Sung-jae and Lee Kyoung-hoon each finished inside the top 30 in the FedEx Cup points standings after the end of the BMW Championship at Wilmington Country Club in Wilmington, Delaware, on Sunday (local time). 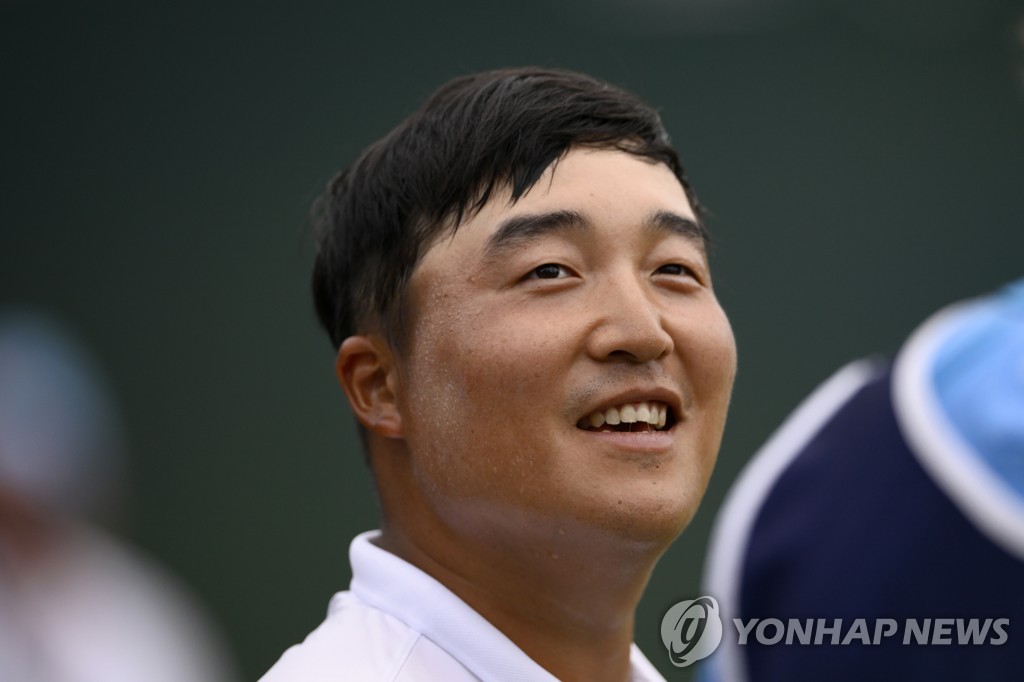 Lee found himself on the bubble for the second straight year, sitting at No. 33 in FedEx Cup points heading into the second playoff stop. He had just missed out on last year's Tour Championship by finishing at No. 31.

On Sunday, Lee shot a six-under 65 to tie for fifth at 10-under 274. Thanks to his first top-10 performance since his victory at AT&T Byron Nelson in May, Lee catapulted himself to No. 26 in the FedEx Cup rankings.

Lee opened his final round with four consecutive birdies and added three more the rest of the way, while picking up his lone bogey at the 10th.

In an interview after his round, Lee tried not to worry about his position too much.

"Honestly, a lot of pressure this week. Last year, I finished 31st, and I didn't want the same spot this year," Lee said in a video clip shared by the PGA Tour. "After the third round, I was around 34th or 35th (in FedEx Cup points). There was maybe less pressure than being inside the top 30 (entering the final round). Today, I tried to never think about my position and just tried my best."

Lee couldn't have scripted a better start. He birdied the first hole for the fourth straight round and then collected birdies over the next three holes.

"It was so cool," Lee said with a smile. "Already four-under (after four holes). It felt like, 'Oh, maybe my day today.' I tried to keep playing well and finish well."

Since the FedEx Cup playoffs were introduced in 2007, this will only be the second time that South Korea will have more than one player at the Tour Championship. In 2011, veterans Choi Kyoung-ju and Yang Yong-eun were both in the 30-man field. 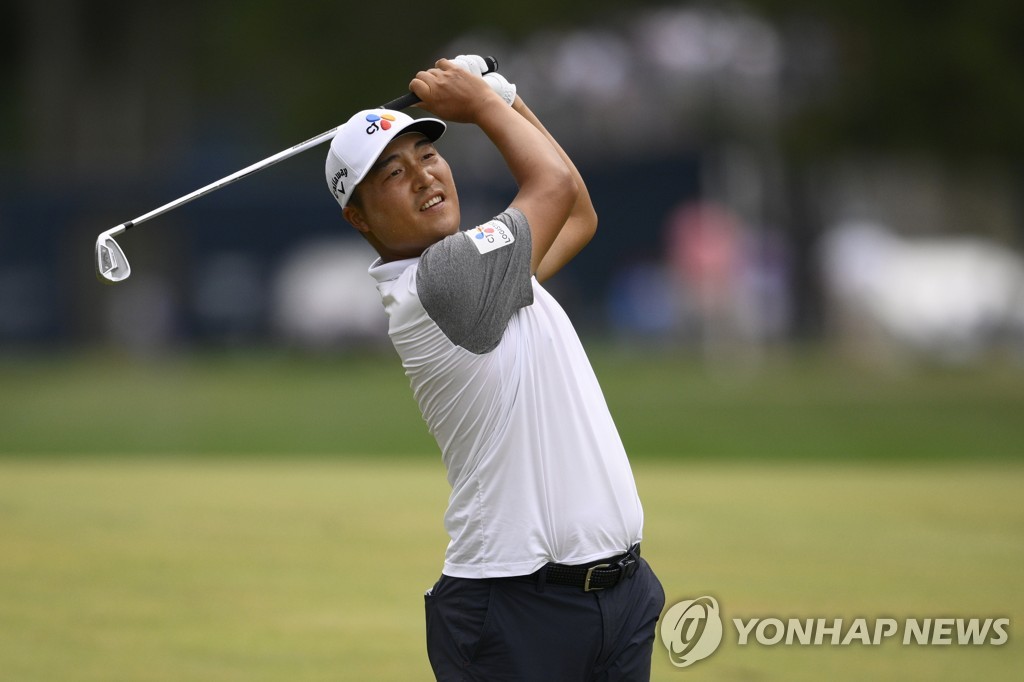 Two other South Koreans who competed in Wilmington will be on the outside looking in after disappointing results.

The 20-year-old sensation Kim Joo-hyung dropped from No. 25 to No. 34 in FedEx Cup points, after tying for 54th at the BMW Championship. Kim, who won the final regular season tournament, the Wyndham Championship, on Aug. 7 to get into the playoffs, finished the second playoff event at two-over 286 while never once breaking 70 in four rounds.

Kim Si-woo began the BMW tournament at No. 53 in FedEx Cup points and needed a spectacular showing to get into the Tour Championship. Instead, he finished dead last in Wilmington at 10-over 294. He followed a 68 in the third round with a 78 in the final round, which included six bogeys and a double bogey. 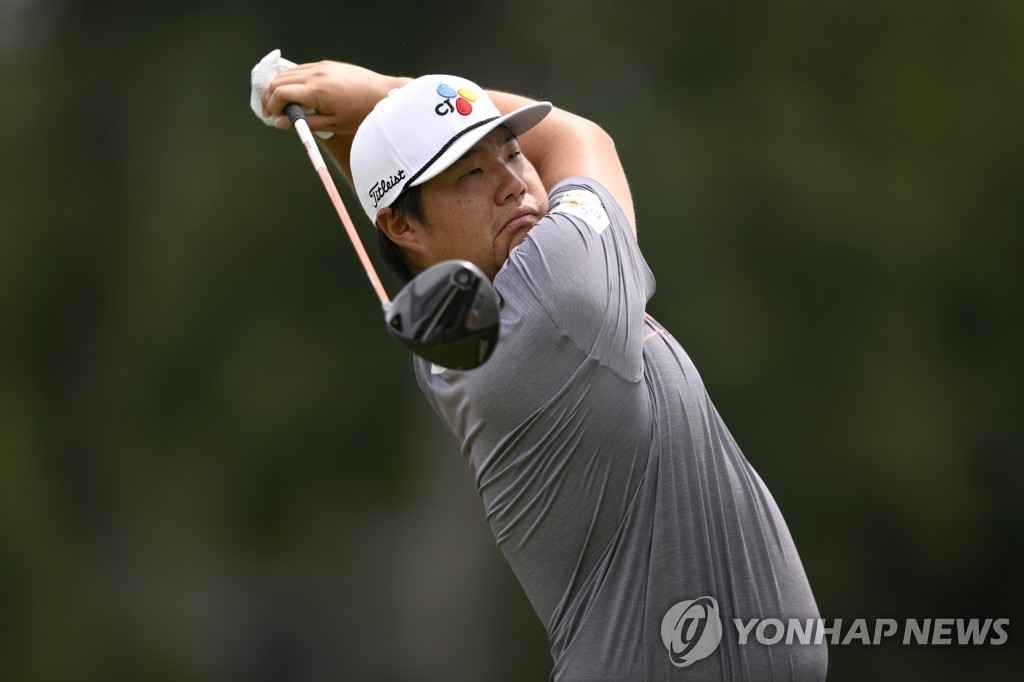 The Tour Championship winner will also be crowned the playoff champion. Patrick Cantlay of the United States, the defending playoff king, captured his second straight BMW title at 14-under, one better than fellow American Scott Stallings.

Scottie Scheffler, who tied for third in Wilmington, climbed to first overall in FedEx Cup points. He will begin the Tour Championship at 10-under par. Cantlay, No. 2 overall, will start at eight-under.

As No. 10 in the FedEx Cup standings, Im will start the Tour Championship at four-under. Those ranked 26th to 30th, including Lee, will start at even par.

The Tour Championship winner will collect US$18 million. 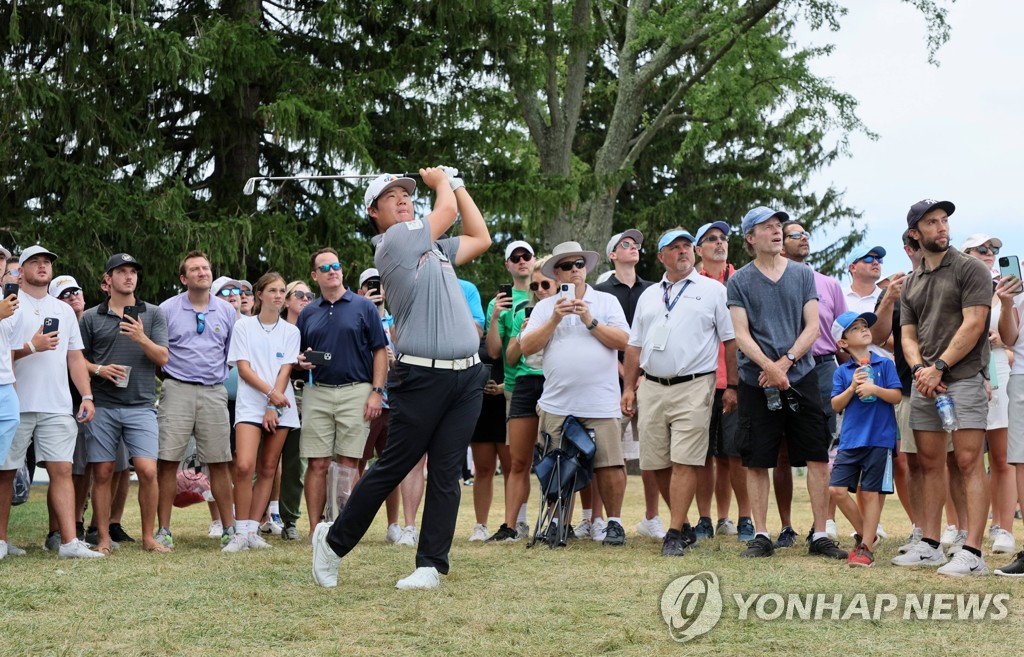