Its stock price rose to as high as 29,150 won at one point but soon turned south and extended the losses as the market drew to a close.

SOCAR's stock market debut came amid a slew of unfavorable market conditions, including growing borrowing costs and worries over a global economic slowdown.

Its management earlier decided to go ahead with the plan to take the company public despite such unfavorable market conditions, voicing confidence it would successfully complete the planned IPO, citing its stellar performance in the car-sharing market in recent years.

But its IPO plan drew lackluster response from potential investors. Earlier this month, the company set the IPO price at 28,000 won, which was even below the lowest end of the price that it had hoped for.

SOCAR earlier said it plans to spend the proceeds from the IPO to raise its presence in the mobility market with investment in technology and the acquisition of promising mobility firms. 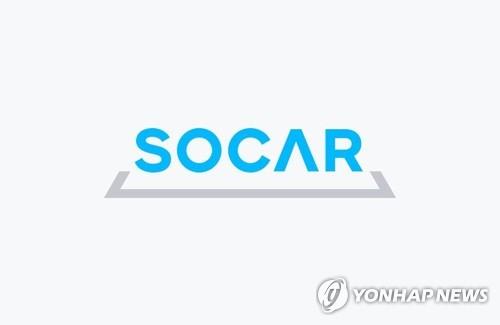