SEOUL, Aug. 22 (Yonhap) -- During an extended winless drought that stretched from early June to early August, Kiwoom Heroes starting pitcher Tyler Eppler was shuffled back and forth between the rotation and the bullpen.

Where pitchers' routines and physical and mental preparations are concerned, it is never ideal for a starter like Eppler to suddenly pitch in relief in the middle of a season. But with rainouts resulting in longer-than-usual rest between starts and the Heroes needing reliable options out of the bullpen amid mounting injuries, Eppler made four relief outings during the aforementioned stretch: July 14, 29, and 30, and Aug. 2. Another one came rather unexpectedly last Saturday. 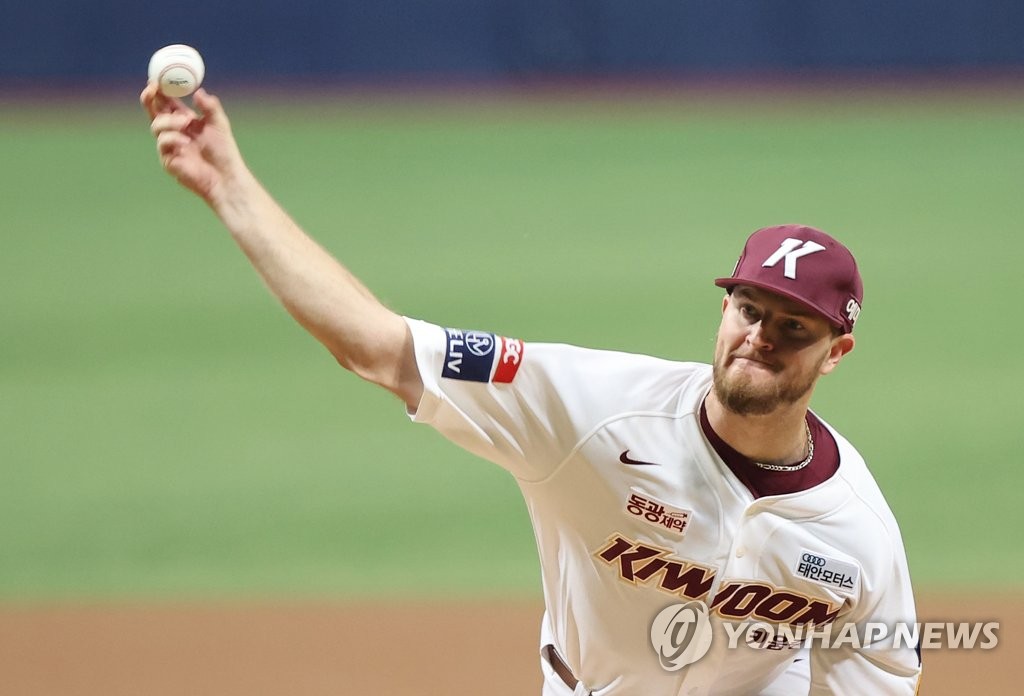 In the first four of those, Eppler limited opponents to a run on four hits in 5 1/3 innings as a reliever, while striking out five and walking one. The latest one didn't go so well, as Eppler was charged with three earned runs in 2 1/3 innings against the SSG Landers. The outing came a day after his scheduled start had been rained out.

Speaking with Yonhap News Agency last Thursday, Eppler said his cameo appearances as a reliever had been a much-needed "refresher" for himself during his first Korea Baseball Organization (KBO) season.

"It was a good test just to go out there and get three outs in one inning and see what we got," Eppler said before the Heroes faced the Doosan Bears at Jamsil Baseball Stadium in Seoul.

"I had a pitching coach once tell me that, even as a starter, you've got to view each inning as a relief outing," Eppler continued. "And it starts with getting one out and then you go to two outs and stop thinking about trying to go seven innings and get one out at a time. So that's kind of the way I like to go about it now, and going back to those bullpen appearances reminded me of those things. 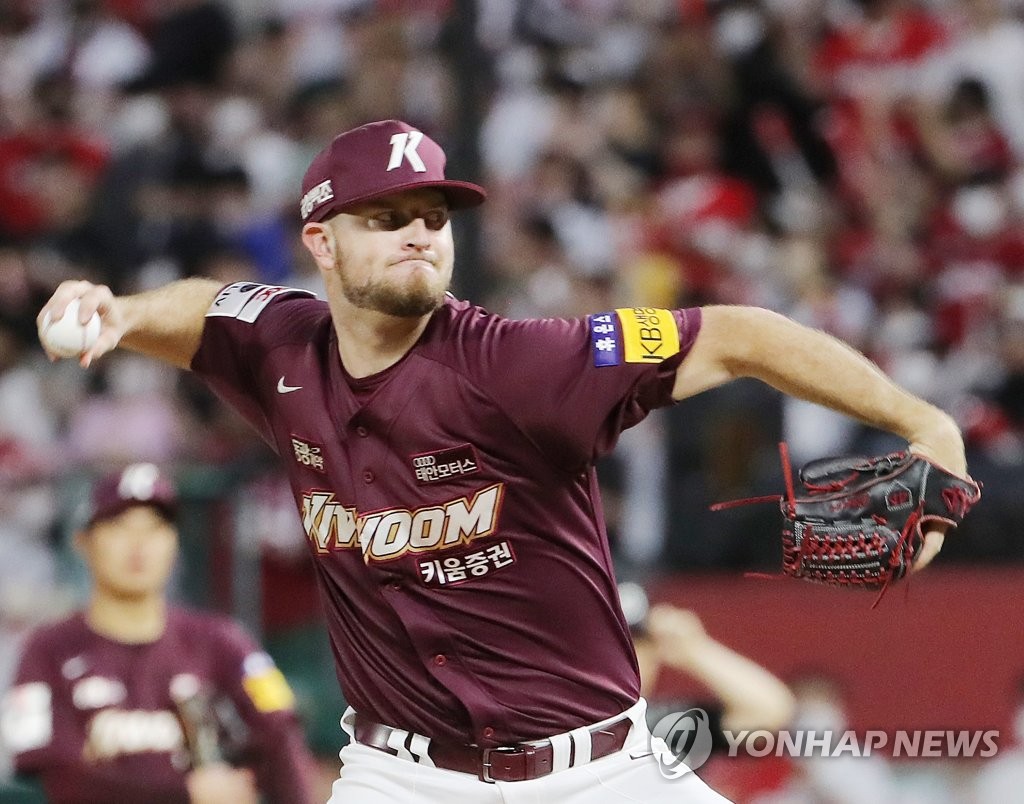 "Of course, it's hard. It messes up the routine," Eppler added. "But it was a good refresher going back and doing that."

Eppler hit a rough patch right after his best outing in the KBO, a complete game shutout against the Lotte Giants on May 27. In eight starts after that, Eppler went 0-5 with a 6.75 ERA across 36 innings. Eppler finally won a decision on Aug. 13 by holding the Hanwha Eagles to three runs in six innings.

Since that shutout, Eppler has yet to throw more than six innings, something he'd like to change now that his elbow issues are behind him.

"I wasn't pitching well enough to win any of those games but I was kind of dealing with some elbow stuff and trying to throw through that. And I think that was a big deal," Eppler said. "I wasn't able to get much work in between starts because I was just focusing on trying to get my elbow back to 100%. And lately, it's been finally starting to feel a lot better. So (I'm) getting back on the right track now and trying to go deeper into games."

Earlier in the season, Eppler wasn't exactly a model of efficiency, needing close to or more than 100 pitches to get through five innings at times. He has struggled to put away hitters even with the count in his favor. At 0-2 count and 1-2 count, Eppler has the worst opponents' on-base plus slugging percentage (OPS) in the league at .660 and .691, respectively. 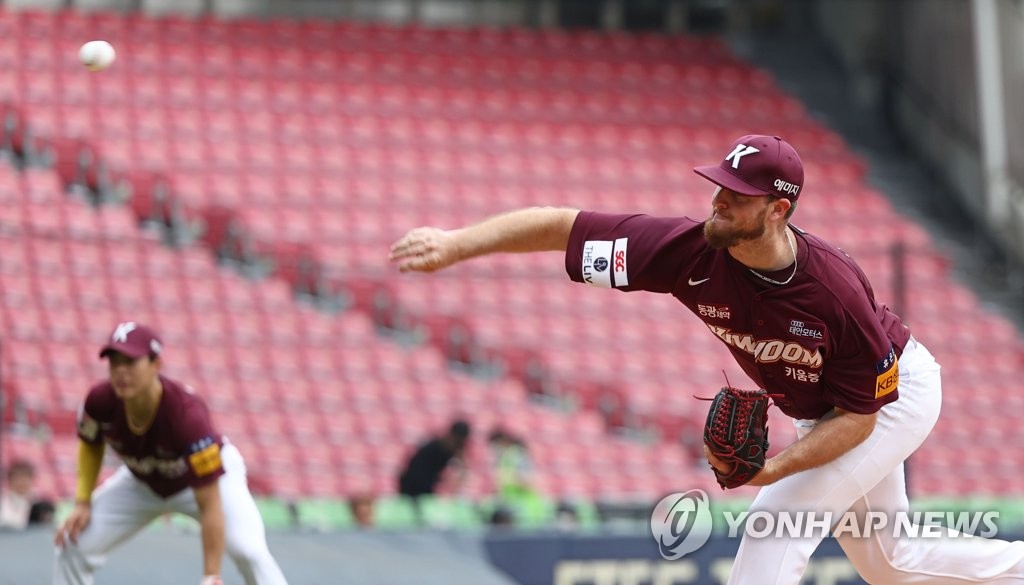 Eppler spoke at length about how resilient KBO hitters are after falling behind in the count.

"They always put up tough at-bats. You get two strikes on a guy and that guy is still going to fight as hard as he can to put it in play and to try to hit it hard," Eppler said. "It's hard to strike guys out here. That is the biggest thing I've noticed. You go out and you can face a (No. 9 hitter) on any team and that guy's still going give it everything he's got to try to put it in play and move it on to the next guy."

To better handle those pesky hitters, Eppler started incorporating the splitter into his arsenal, calling the pitch "a big help for me." He has had to make adjustments because of the major difference in approaches between hitters in the KBO and those in the U.S. 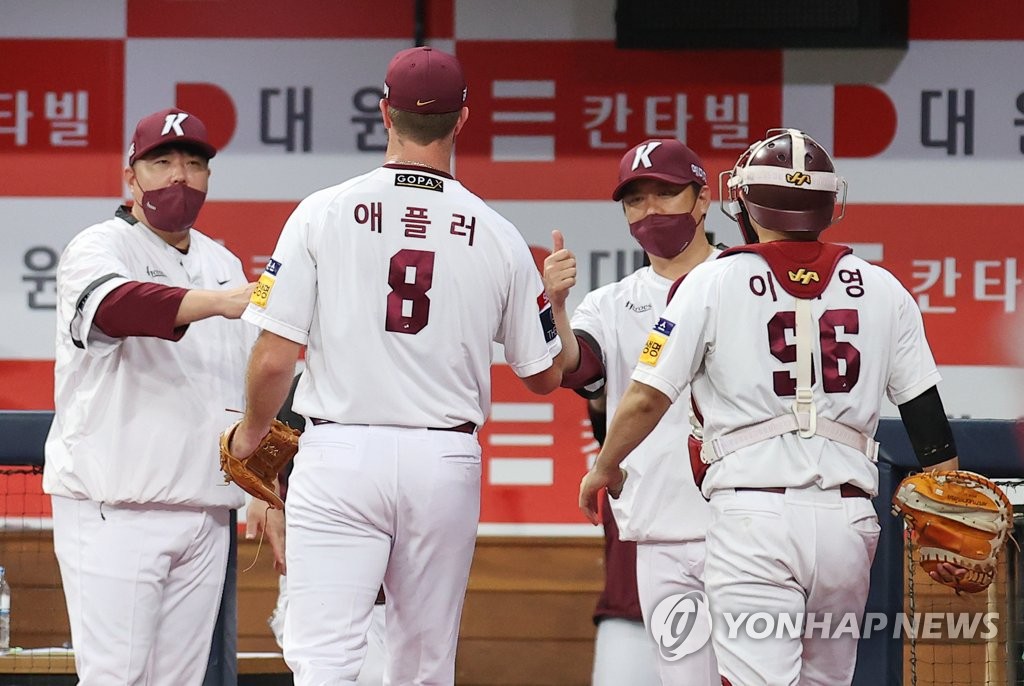 "In the States, when you get a guy to 0-2 and you make a pitch close to the outside of the zone, more times than not, those guys are still trying to hit home runs. So you execute that pitch around the outside of the zone. It's most likely going to be a strikeout," he said. "Whereas here, those guys have choked up (on the bat), still just trying to put it in play. And those pitches around the zone can be a good pitch. But they're still able to to get to those pitches and hit them. 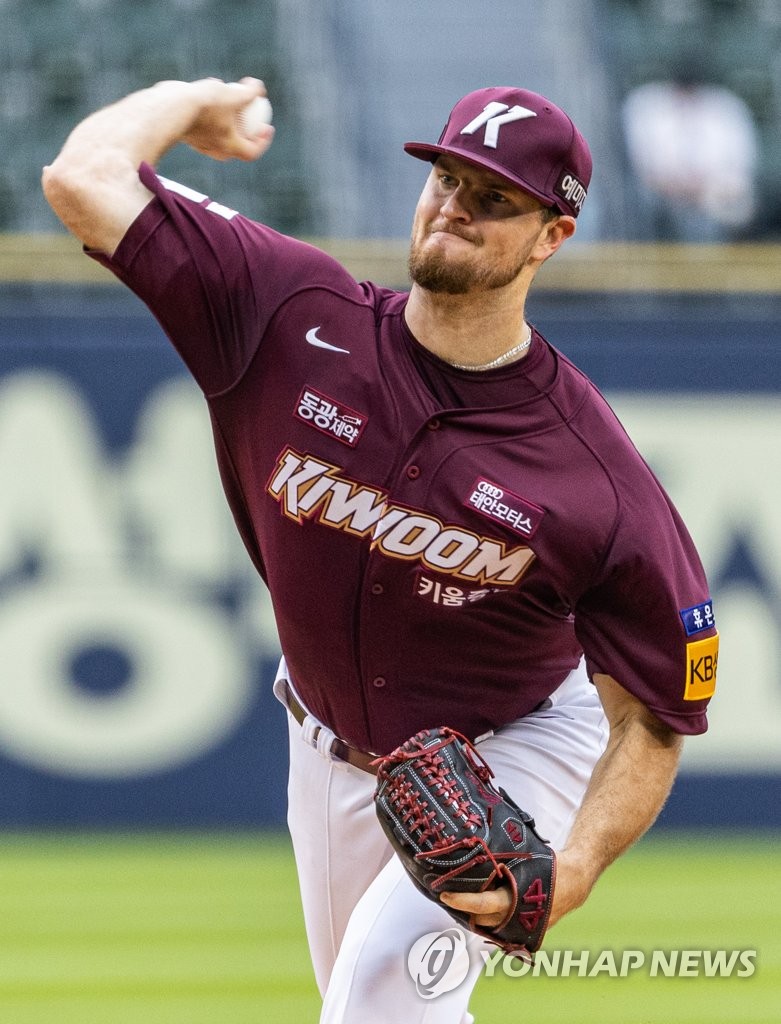