But despite the warning, the local currency fell below the 1,340 won level against the U.S. dollar for the first time in more than 13 years amid the Federal Reserve's aggressive monetary tightening.

"We will closely monitor whether there are speculative bets from the offshore (market) at a time when the won has depreciated amid a globally strong dollar," the FX authorities said. 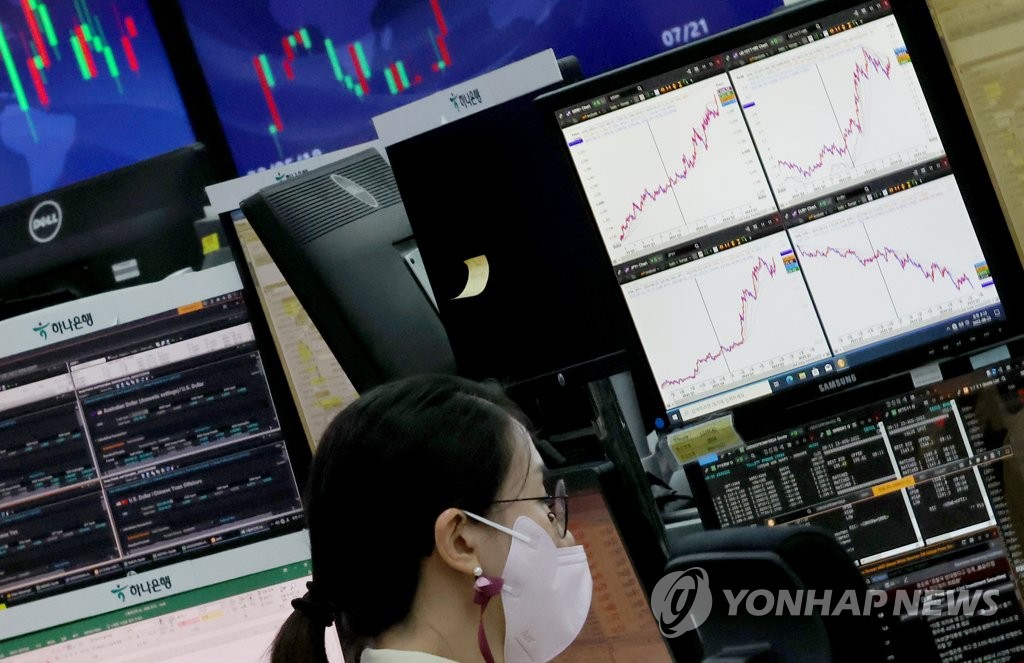 The verbal intervention helped the won hit as high as 1,337 per dollar at one point, but the Korean currency depreciated again amid strong demand for the dollar, dealers said. The local currency fell as low as 1,346.60 won against the greenback, marking a yearly low.

Seoul's main stock index also fell for the fifth straight day Tuesday, weighed down by worries about rate hikes. The KOSPI lost 27.16 points, or 1.1 percent, to end at 2,435.34.

Earlier in the day, President Yoon Suk-yeol told reporters the government will focus on risk management in a bid to prevent the latest won-dollar trends from negatively affecting the Korean market.

Finance Minister Choo Kyung-ho also convened an emergency meeting with high-profile officials of the Bank of Korea, Financial Services Commission and other financial institutions, as well as the bellwethers of the financial industry.

The finance minister called for stronger policy cooperation to tame the volatile FX market. He said the current market conditions at home and overseas have been driving up the value of the U.S. greenback, heating up the speculative transactions and the outflow of capital from the local market.

The U.S. dollar remained firm against major currencies amid the prospect that the Fed will likely continue to push for aggressive monetary tightening to tame inflation.

Market players are waiting for Fed Chair Jerome Powell's comment on inflation and the rate policy at the upcoming annual Jackson Hole economic symposium set for later this week.

Since the Korean currency fell to the 1,300 level for the first time in nearly 13 years on June 23, the won's weakness has accelerated. The won has slid more than 11 percent against the dollar so far this year.

A weaker won puts upward pressure on inflation as it boosts import bills. South Korea is grappling with inflation that ran at a near 24-year high in July amid high energy costs.

Experts said the verbal warning may help slow the won's fall, but it would be difficult to reverse the won's weakening trend in light of the Fed's policy stance.

"As demand for the dollar remains robust, there is a high possibility that the Korean currency could fall below the 1,350 level against the dollar," Baek Seok-hyun, a currency analyst at Shinhan Bank, said. 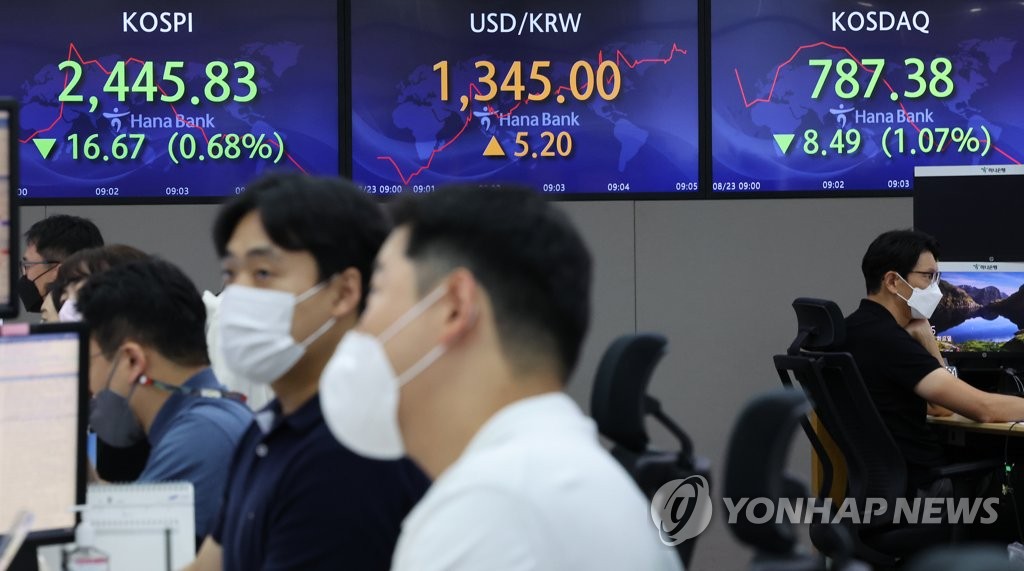 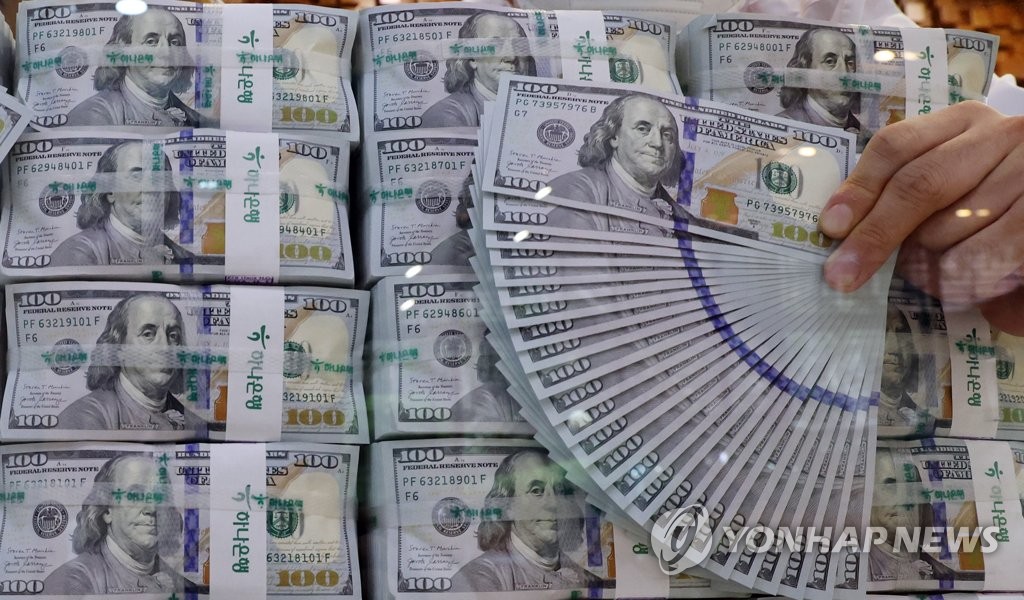