Outstanding household credit had reached 1,869.4 trillion won (US$1.39 trillion) as of end-June, up 6.4 trillion won from three months earlier, according to the preliminary data from the Bank of Korea (BOK).

This marked the largest amount ever since related data started to be compiled in 2003.

Of the total outstanding credit, household loans came to 1,757.9 trillion won as of end-June, up 1.6 trillion won from three months earlier. Purchases on credit also grew 4.8 trillion won over the same period to 111.4 trillion won, the data showed.

The on-year growth rate continued to slow since the second quarter of last year when the outstanding credit rose 10.5 percent. It also slowed from a 5.4 percent on-year expansion in the first quarter of this year.

The slowing pace of the on-year increase is attributable to tough regulations on lending as the government wants to keep household debt that had grown fast amid the pandemic under control.

Rising market rates in line with the central bank's monetary tightening have also increased the debt burden on many households, raising concerns over their negative impact on consumption and the broader economy.

Last month, the BOK hiked its policy rate by 0.5 percentage point, the steepest and sixth rate increase since August last year. The central bank is widely expected to deliver a quarter percentage-point rate hike in a meeting Thursday. 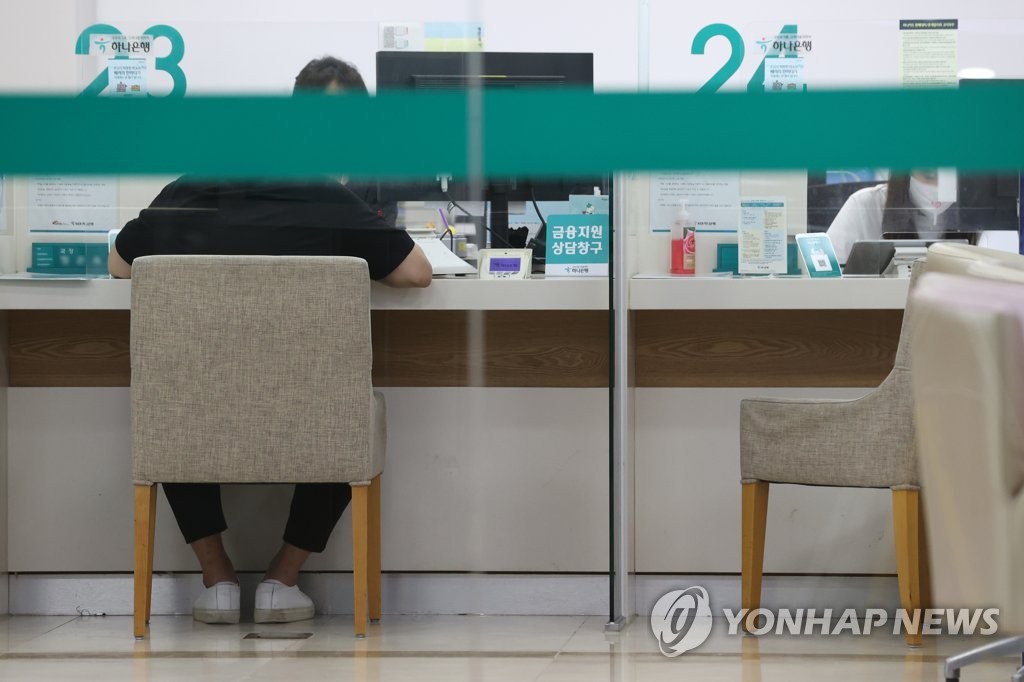