SEOUL, Aug. 23 (Yonhap) -- Former Air Force Chief of Staff Lee Seong-yong was questioned Tuesday by an independent counsel team looking into the military's handling of the suicide death of a servicewoman who allegedly suffered sexual abuse.

Lee appeared before the office of special prosecutor Ahn Mi-young in Seoul in the morning to face questioning as a witness and returned home after about eight hours.

The team, launched this June, is probing into suspicions surrounding the death of Lee Ye-ram in late May 2021, including whether military officials attempted to cover up the case. 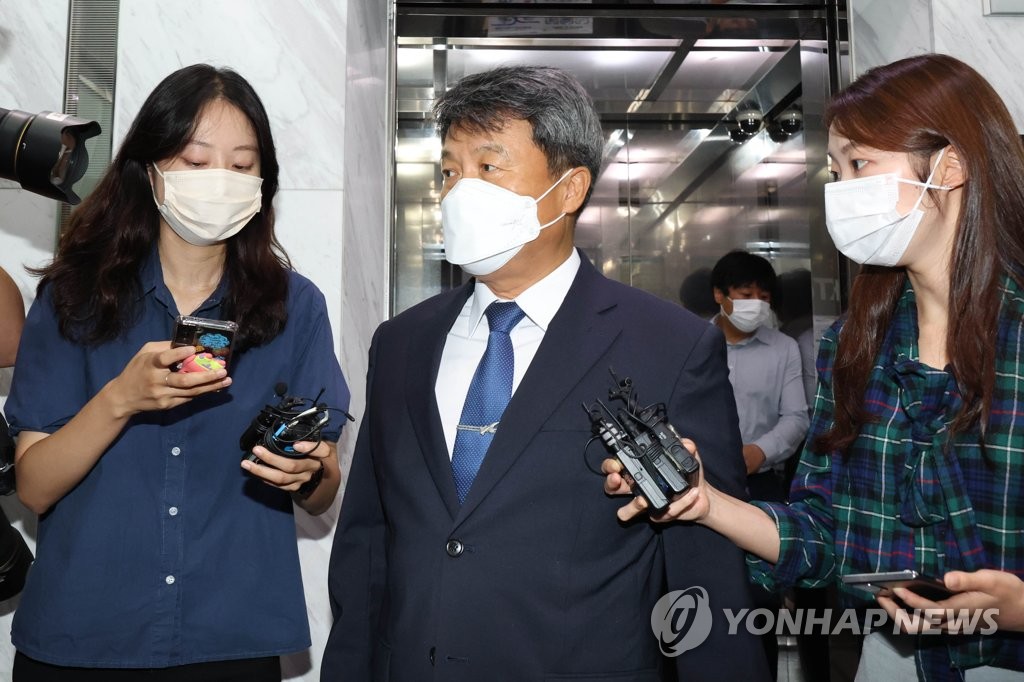 Lee Ye-ram, then a 23-year-old female master sergeant affiliated with the Air Force's 20th Fighter Wing, took her own life after claiming she had been sexually abused by a male superior of the same rank two months earlier.

A military court sentenced the suspect to nine years in prison in December, but the appellate court commuted it to seven years in June.

It is said that during last year's initial inquiry by the Air Force, then Chief of Staff Lee directed investigators to consider arresting the suspect but the Air Force's legal office ignored the instruction.

Lee was criticized for belatedly reporting the case to then Defense Minister Suh Wook. Lee resigned in June 2021, taking responsibility for the case.

The team plans to question Jeon Ik-soo, chief legal affairs officer of the Air Force, who oversaw the initial probe into the case, as a suspect Wednesday.

The victim's family claimed she was coerced and pressured by other male colleagues not to report the case to authorities. The family also accused the military police chief of her unit and other investigators of a shoddy investigation after the case was reported.
(END)